A MUM with passive aggressive tendencies has become a grandmother who will constantly judge her daughter’s parenting.

Carolyn Ryan from Derby ‘doesn’t mind’ that her daughter never comes to visit ‘for longer than five minutes and is excited to become a nan who questions every single child-related choice her daughter will make.

Ryan said: “I’ve always loved being a mum who can say things to her daughter that piss her off in a way no one else on earth can.

“Now she is a mother, I get to criticise and undermine her in a whole new way. It truly is a magical time.

“Sometimes I’ll do it with a disapproving look or eye roll, but mostly I plan to let my daughter know exactly how much I’m judging her by making comments to relatives that are likely to get back to her.”

Ryan has already identified a few key areas ripe for judgment, including that her daughter is planning to work close to the due date and that she’s bought the baby unnecessary gadgets.

She added: “My daughter won’t accept how tired she’ll be in those early days, and I’ll be there to constantly remind her she’s brought it all on herself.”

Bellends urged not to vote 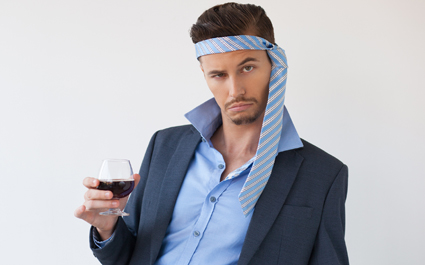 BELLENDS across the UK have been urged to not use their vote.

Thousands of complete bellends are planning to vote for stupid reasons such as what someone in a chip shop told them or something that happened to them in a dream.

Professor Henry Brubaker of the Institute for Studies said: “There’s a lot of emphasis put on ‘using your vote’. But if you are a bellend, you should not vote. You will only do it wrong.”

However shopkeeper and bellend Roy Hobbs said: “If we don’t vote for May we’ll have the entire Third World living here. That’s not just my opinion, it was on the local radio phone-in Big Chat with Mikey Dee.”

Office bellend Wayne Hayes said: “I might vote for the local joke candidate, Barmy Baron Bumface from the Free Doner Kebabs Party, because that is unbelievably hilarious.”

Nurse Nikki Hollis said: “I went to loads of trouble reading fact-checking websites and articles in The Economist, only to discover my neighbour is basing her vote on ‘asteroids’.

“She says none of the main parties are prepared for a giant asteroid hitting the earth so she’s voting Green.”