BRITONS will believe any old shite that fits their prejudices. Watch out for these examples of spurious bollocks:

The country is facing the biggest economic and social crisis since the Second World War, with thousands of families left struggling to survive day-to-day. But a taxi driver told your neighbours’ auntie that he once took somebody to a food bank and then dropped them off outside some dodgy flats, so it must be true.

It’s great to see what people you used to work with 20 years ago are pretending to be up to. What a marvellous invention, despite your data and movements being used to build a picture of your life so detailed even Big Brother from Nineteen Eighty-Four would say ‘Come on, leave them some privacy.’

Britain is an important player on the international stage

Given the catastrophic handling of the coronavirus pandemic, the alienation of America’s president-elect before he even came to power and Brexit leaving us with trade deals only with Benin and Andorra, it’s odd that we hold onto this delusion, but we do.

All these people coming over here, keen to do the hard but vital jobs most native Brits don’t want to do or the complicated and life-saving jobs not enough of us are qualified for is a real problem. Making it harder is definitely a good idea and not a massive act of self-sabotage.

The Strictly results show is live on a Sunday

Claudia, Tess and the judges are in different clothes. And the stars always say ‘last night’ when talking about their dance! Cling to the delusion, fools. 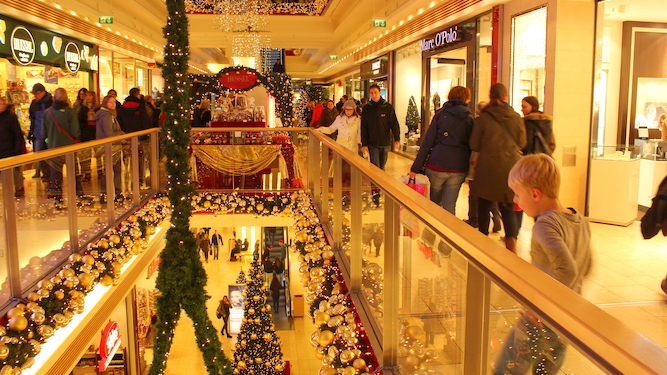 A WOMAN out Christmas shopping is shocked and angered by the number of other people doing exactly the same.

Joanna Kramer could barely contain her contempt for the heaving crowds of Christmas shoppers as she battled her way through them to buy some last-minute gifts and nibbles.

Kramer said: “Popping to the shops is murder at this time of year, and I should know because I always leave it until now to buy food and presents for the big day.

“Why can’t people use their common sense and order everything they need online? That’s what I asked the knackered-looking check out girl in Waterstones while I waited for her to scan the huge stack of books I’d picked up.

“As I struggled through town laden with bags I couldn’t help but wonder if everyone except me has forgotten the true meaning of Christmas. It’s not all about buying things, I said to myself as I nipped into Anne Summers to purchase some seasonal nipple tassels for Diane’s eldest.

“Although if you think this is bad you should see the Boxing Day sales. I’m usually forced to elbow someone hard in the face just to grab a discounted telly, it’s disgusting.”