People without kids dreading Easter Holidays even more than parents

PEOPLE who prefer to avoid children are concerned that they will be absolutely everywhere next week.

With schools’ Easter Holidays looming, many adults who have chosen to avoid the lifelong burden of parenthood are concerned that public spaces will be teeming with demented, sugar-crazed infants.

Non-parent Tom Logan said: “Normally I just avoid getting the bus between three and four, but when they’re off school they could be on there causing a ruckus at any time of the day.

“Everyone knows parents hate the school holidays because they have to spend time with their children, but we non-parents have to be around their kids too and we didn’t even get to do the sex part.”

Happily child-free Emma Bradford said: “Sometimes in the week I like to walk around the zoo and just enjoy the peace and quiet.

“Can’t do that when the kids are bloody off school. They anger up the monkeys, then they go in the shop and nick pencil sharpeners.”

Woman to boycott Pepsi until first moment it's inconvenient 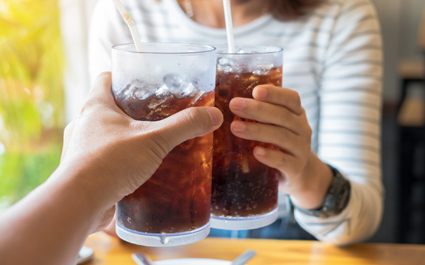 A WOMAN offended at Kendall Jenner’s Pepsi advert has sworn to boycott the drink until the moment it becomes inconvenient to do so.

The advert, which is a piece of shit, has so outraged Susan Traherne that she poured away a full litre of Pepsi Max that had gone flat two days ago.

She continued: “This won’t be an easy sacrifice to make because there’s no real substitute for a Pepsi, but it shows how committed I am to this struggle.

“I really believed in that brand, which is why I always chose them over their rivals if they had an offer on.

“I almost reached for one this morning in the canteen, but I had a 7-Up instead. Because I have integrity.”

Traherne’s boycott is expected to last almost 36 hours, only ending when a barman asks her if Pepsi is okay and she nods assent without meeting his eye.

A Pepsi spokesman said: “We are sorry for suggesting that Pepsi is the key to world peace. Everyone knows it’s Irn-Bru.”