All TV ads to be 'phases of life' montage

TELEVISION adverts must show a couple getting together, having kids and then sending their kids to university, according to new guidelines.

The Advertising Standards Authority ruled that all television adverts must be based on a nauseatingly sentimental ‘phases of life’ sequence, otherwise viewers risk not feeling fully patronised.

A spokesman said: “We must see a couple meeting, getting married, the woman up the spout, the couple looking knackered because of the baby, then some bullshit where the now-teenage daughter has been dumped and the dad is consoling her.

“Or any variation on that. Maybe the same thing but set in the 60s, or bring in a grandad, whatever.”

Psychologist Nikki Hollis said: “Advertising thrives on paranoia so laying down a firm template for the correct life is a great way to get the masses terrified by their own inadequacy.

“Then they will rush to buy sofas and insurance in the vain hope of making it right. Which won’t work.”

Advertising executive Stephen Malley said: “How about a shot where a man and a pregnant woman are decorating a house, followed by the same actors with grey hair packing their now-teenage daughter off to college in a suspiciously shiny hatchback car?

“I am a Godlike fucking genius!”

Cameron to arm Syrian rebels with a camping stove 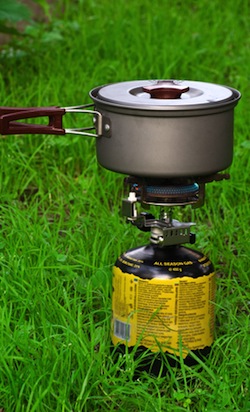 The prime minister renewed his support for the anti-Assad forces after it emerged the rebels had no choice but to eat the hearts of their enemies raw and without cutlery.

He said: “Democracy cannot flourish in Syria while these heroes are forced to have a cold buffet lunch, straight out of someone’s chest.

“And it’s no use sending them a great big pot, like something out of Tintin. Twenty-first century battlefield cannibalism needs fancy cutlery from John Lewis and maybe even one of those water-oven things that Heston Blumenthal is always going on about.”

Mr Cameron met with President Obama yesterday to decide how they were going to help Syria become as stable and peaceful as Libya.

The prime minister predicted that once the murderous Assad regime has been toppled, Syria will enjoy a new era of ‘enlightened religious democracy’.

He added: “Who better to set up a network of nursery schools than a wide-eyed religious maniac who has tasted the rich, gamey flavour of a human aorta?