Plan ahead by being rich, Johnson tells London travellers

Speaking from the back seat of a £125,000 V12 penis, the ironically-dishevelled most powerful man in London said that the capitals residents would be able to move around as normal just as long as they pre-planned to be richer than Croesus.

Johnson said: I understand peoples worries that a public transport system that cant cope with events like a normal Monday could easily implode with the addition of a million confused, backpack-wearing tourists.

But just the other day I managed to get from home to my office in under 20 minutes using a chartered helicopter. So solo sky commuting is definitely an option – or why not team up with colleagues for an eco-friendly copter-share scheme?”

The mayor was launching the new Rich Arsehole lane of traffic throughout central London, users of which will need to display a badge in their windscreen costing three million pounds per annum and showing a stick man hold two middle digits aloft.

The badge is only issued once the applicant has been interviewed and found to be sufficiently awful, although Sir Alan Sugar, Madonna and George Osborne have been allowed to skip the process.

Johnson said: We think that, by definition, anyone applying for the permit must have to be a colossally wealthy and arrogant prick to begin with so the scheme should eventually become self-policing.

Part of the profits raised by the scheme will be invested in the underground system, buying little train window stickers saying ‘Thanks for the cash, drone’ for people to read as their faces are squashed up against the glass. 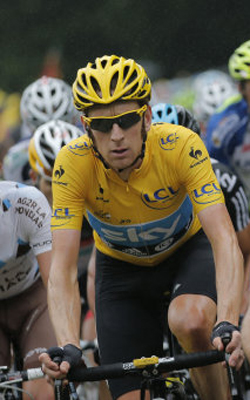