TRADITIONALISTS are in uproar after it emerged that the new plastic banknotes will carry Hitler’s image.

The new polymer £5 and £10 notes will be cheaper to produce, more durable and have a Third Reich theme.

A Bank of England spokesman said: “Everyone always moans bitterly when we change the size, shape or texture of currency, as if it really makes any fucking difference.

“It annoys us very much so we decided to deliberately antagonise the general public, just for our own perverse amusement.

“Serves you all right for bitching so hard when we made 5ps a bit smaller.”

56-year-old Norman Steele said: “I don’t see what was wrong with the old notes that didn’t have Hitler on them. Why do they have to keep changing everything?”

Teacher Tom Logan said: “This is terrible. I mean, would it be too much to ask to have a less obvious Nazi like Adolf Eichmann, Joseph Goebbels or Klaus Barbie?

“Everything has to be so dumbed down these days.” 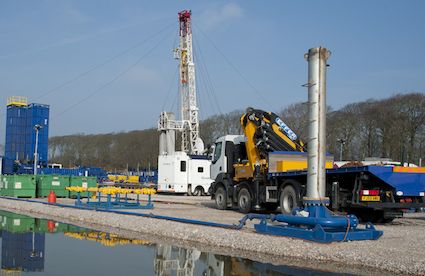 THE search for shale gas in the UK is beginning to feel as if it might be psychotic, it has emerged.

As well as shattering the earth’s crust with giant machines and pumping the massive cracks full of chemicals, the government has revealed it is going to happen everywhere.

A shale gas map of the UK shows that fracking companies can set up a gigantic drill wherever they want and then start battering away like a crazy monkey with a hammer.

A government spokesman said: “We’ve also assured the fracking companies that they don’t have to give you any warning. They’ll just turn up outside your house and blast their horns so loud that you’ll pee your pants.”

Tom Logan, one of 58 million people who now live on top of a drilling site, said: “I was okay with it when it was just about smashing the absolute shit out of a small corner of the country.

“At that point it seemed only slightly unhinged.”

Meanwhile, prime minister David Cameron pledged to visit each fracking site, where he will strip to the waist and then jump up and down, screaming like a rabid baboon as he urges the drill ever deeper into the bowels of the earth.