All toys now for adults only

TOY shops are to stop under-18s from buying their goods so they can go to collectors who properly appreciate them.

Market research has shown that children not only remove toys from their boxes but use them in imaginative non-canonical games and even lose bits, making them impossible to sell on eBay.

Adult Star Wars obsessive Tom Booker said: “My four-year-old nephew had Boba Fett and Anakin Skywalker fighting – as if they could possibly exist in the same timeframe.

These toys are made to be displayed on bespoke shelving units, their value accreting as their vinyl remains untarnished, not to be molested by some tiny maniacs sticky paws.

Bewildered mother Francesca Ryan said: My son likes Batman on the telly, so I thought Id get him some toys for Christmas.

Ive bought him a PS4 and Call of Duty instead, so he can hang out with his peers in a world of endless, hyper-graphic violence and keep well away from those toy shop weirdos.

Just look at the swelling curve of her lilac flank, the provocative indigo of her lustrous mane, the lascivious flare of her nostrils. This little minx is very definitely adult-only.

Man celebrated for achievement in the field of stealing 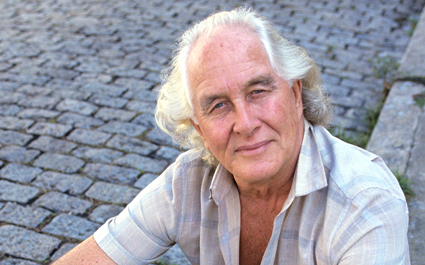 THE late Ronnie Biggs has been hailed for his contribution to theft.

Channel 5 documentary-type gangster Tom ‘Pliers’ Logan said: “It’s a sad thing, but lots of people these days are happy to do jobs like teaching and nursing to get money, rather than good old robbing.

“I hope Ronnie gets fawning obituaries in national newspapers, because he definitely deserves that. Doing a big robbery is way better than doing a science discovery or something.”

15-year-old Wayne Hayes said: “I’m too young to remember the Great Train Robbery, but reading about it encouraged me to ‘twock’ a Fiat Uno. Yeah, sticking it to the system.

Career criminal Roy Hobbs said: “Ronnie was a great character and that’s what counts. That’s why when I burgle someone’s house I make sure to do it in a ‘cheeky’ way.”