DESPITE a decade of extra investment and training Britain's police remain institutionally stupid, according to a major new report.

The Commission for People Not Being Stupid said the average policeman is either mildly stupid or tremendously stupid indeed.

Director Tom Booker said: "There are still too few people with brain cells joining the police while only a handful of senior posts are occupied by non-stupids.

"This means that most of our policing is still unbelievably dim-witted and therefore many parts of the country, particularly the London Underground, remain no-go areas."

He added: "Nevertheless, we have seen some progress in the sense that the force is no longer institutionally racist. It is now just individually racist."

A Police Federation spokesman said: "Comment? What does that mean? Does that mean you want me to say stuff? Okay.

"For my breakfast I had chips and peas and chocolate and a cup of tea. Then I put on my big hat and got on the bus.

"I am now going to have a nap and dream about being a dog."

RBS To Implode Like House At The End Of 'Poltergeist' 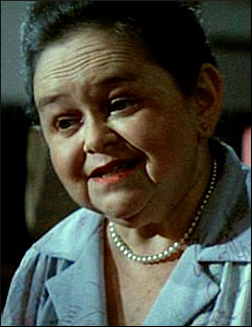 THE Royal Bank of Scotland is just days away from imploding like that house in Poltergeist, it was claimed said last night.

As the bank's share price plummeted, experts said it was now time to bring in a scary-voiced midget to expel the remaining demons before the entire structure is then devoured by a tiny black hole.

Economist Tom Logan said: "In Poltergeist terms, the chairs have been stacked, the little girl has been sucked into the TV and the Beast has been exorcised without his annual bonus."

He added: "This once again demonstrates the folly of building a major financial institution on top of an old Indian burial ground."

The biggest implosion will be at the bank's gigantic headquarters in Edinburgh, followed by a series of smaller implosions as RBS and NatWest branches across the country collapse in on themselves and then cease to exist.

The bank is currently advising all its customers to run away from the light, stressing that anyone who runs towards the light does so at their own risk.

An RBS spokesman said: "We are keen to minimise the affects of implosion on our customers but if you happen to be inside one of these branches at the time you will die and it will hurt enormously."

Meanwhile senior Treasury sources insisted the government will wait until the very last moment before buying the remaining 30% of the bank to ensure taxpayers are left with an asset worth precisely fuck all.