Police To Target The Hippies With Video Cameras

POLICE officers on crowd control duty have been ordered to give priority beatings to anyone holding a video camera.

The Association of Chief Police Officers (ACPO) said the new operational guidance would help to reduce incidents of the media reporting stories about policeman hitting innocent people incredibly hard for no reason.

An ACPO spokesman said: "In the midst of a highly-charged protest situation it is very easy for things to be videoed getting out of hand.

"The police have a very difficult job to do while at the same time preserving the democratic right to knock the absolute living shit out of communists and hippies without some bastard filming it on their phone.

"In future officers will refrain from unprovoked and indiscriminate attacks and instead focus their violence very precisely on anyone holding a camera.

"Only when this individual has been neutralised can the officers return to their core duty of running amok with a big, fuck-off stick."

The spokesman added: "In the interests of public safety it will remain standard operating procedure to beat someone unconscious as quickly as possible in order to prevent them sustaining a more serious injury.

"Experience tells us that if someone is still struggling on the ground they run the very significant risk of an officer kicking them repeatedly in the kidneys."

All Adverts Must Be Filled With Lies, Says Watchdog 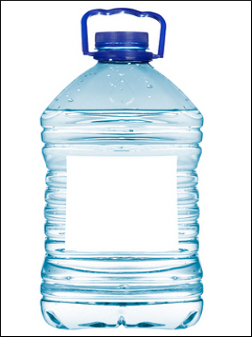 ALL advertising must be filled with blatant, insulting lies from start to finish, the industry watchdog has ruled.

The Advertising Standards Authority clarified the regulations last night after banning a beer advert which was obviously true.

The ASA said the advert for Courage beer was unacceptable because it implied that drinking alcohol could enhance self-confidence in a way that anyone who has ever drunk alcohol is completely aware of.

The advert shows a chunky woman squeezed into a tight dress, asking her husband how she looks. The man is shown reaching for a pint of beer, accompanied by the slogan, 'Take Courage and tell your wife she's a big fat cow'.

The ASA said its latest ruling was in accordance with its remit to ensure that all British advertising can be safely viewed by two year-olds.

A spokesman added: "Brands should at all times avoid the honest depiction of realistic situations and instead follow the excellent example of yoghurt or mineral water ads that make sufficiently vague claims about health-giving properties that are impossible to disprove.

"If companies want to avoid really aggressive lies they could copy the latest Persil advert which tells you nothing about the effectiveness of the product but does imply that if you do not use it you should have your children taken away from you by social services before they die of a dirty shirt."

Roy Hobbs, a consumer from Hatfield, said: "My wife is extremely large but also surprisingly fast, so I reckon I'd need at least six pints."