Poorer parents demand right to send their children away

LOWER-EARNING parents want to be able to send their annoying children away, like rich people do.

As the debate about the morality of public schools rages, waiter Tom Booker said: “As a low-paid parent, I am missing out on the opportunity to have a lovely peaceful home, without my children in it.

“Why should being unbothered by the persistent, annoying antics of one’s kids be the preserve of the rich?

“I want my children to have a school that they live in. Ideally it would be miles away, surrounded by a massive fence and patrolled by dogs.

“I don’t really care if they teach them anything. A glorified prison would be fine.

“Or even an actual prison.” 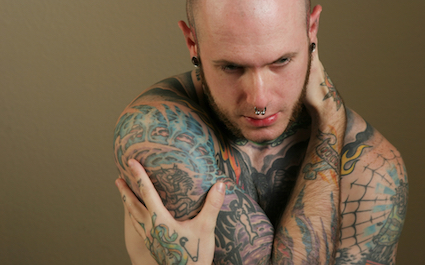 TATTOO parlours must use designs that accurately reflect their recipients’ unremarkability.

The new ruling was introduced after a bitter divorcee used Celtic-themed body art to pass himself off as a wild Pagan romantic.

Oriental lettering will be banned from people who have never been further east than Southend, and customers requesting a butterfly will have to go away and transform themselves into something beautiful first.

24-year-old Nikki Hollis said: “I asked for ‘What doesn’t kill me makes me stronger’ as I’ve always loved Professor Green’s lyrics, but I ended up with ‘I will die of natural causes aged around 82’.

“When I complained to the manager they offered to do another one for free but that one just said ‘I really never learn, do I?’ under a picture of a doughnut.”

The most popular design – a dolphin – will be used only in exceptional circumstances for exceptional people and will generally be replaced by a battery hen to more accurately reflect the customer’s lifestyle.

Existing tattoos will be allowed to remain as the older tiger, dragon and skull designs are gradually replaced by depictions of an open-plan call centre and parents not hugging their child enough.

Tattooist Wayne Hayes said: “It’s really affecting business and I’m already getting bored of inking ‘I am an attention-seeker’ over and over again.”