THE Pope has used his canonising powers to create a new companion in his steadfast war against sin.

Pope Francis, whose former sidekick St Christopher was seduced by darkness last year, brought 17th-century missionary Joseph Vaz back to life and bestowed on him incredible new abilities with his canonising vision.

Francis said: “With the Vazzinator at my side, able to conjure confessions from the very mouths of our enemies, I am ready to take on Satan and his minions.

“Last time they struck I was weak from lack of humility, but a week washing the feet of lepers has recharged the powers gifted to me by St Francis to control all animals.”

The Pope then mounted his faithful tiger companion Cardinal Teodolfo, shouted ‘By the power of Catholicism!’ and rode off to fight the forces of sin with his glowing staff held high.

After the Devil is beaten, the Pope’s next adventure – “If This Be… Revelation!” – will be to forcibly convert all the Jews. 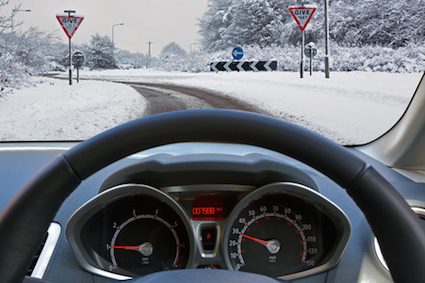 BRITAIN will get just enough snow today to make driving a nightmare, but not quite enough to go home early.

The snow, which will paralyse offices while everyone stares out the window and discusses the gradient of their driveway, will intensify from about 3.30pm, only looking seriously worrying by 4.45pm.

Meteorologist Susan Traherne said: “It’ll be a full-on blizzard by the time everyone’s leaving the car park, following in the tyre tracks of senior management who fucked off ages ago.

“The journey home will take a petrifying hour during which you will not be able to stop thinking about how your tyres are dangerously bald.

“Once everyone’s home the snow will really be coming down and you’ll go to bed planning a day working from home tomorrow.

“And when you get up in the morning it will all have melted.”