Post Arriving 'Later Than Ever And Covered In Semen'

ROYAL Mail deliveries are arriving later than ever, and frequently drenched in semen, it was claimed yesterday.

New figures show that up to 44% of letters are arriving after 3pm and sodden with reproductive fluid of uncertain origin.

A spokesman for the Communication Workers' Union said: "There are managers on 250K a year whose offices are completely coated in sperm. You can't even see out of the windows.

"But if our members get, for example, a small amount of bodily fluid on someone's Amazon order, they are instantly scapegoated."

Describing the findings as 'disappointing' a Royal Mail spokesman said: "We work hard to ensure that mail arrives promptly and uncontaminated by seminal fluid.

"However, the reality is that sometimes we could do better and customers whose mail is arriving with stray ejaculate on it have every right to feel aggrieved

"While we are working with staff to ensure tighter controls on their juices, a claim can be made on completion of form J146H 'Damaged or Semen-Affected Letters and Parcels' which is available behind the counter at your local branch." 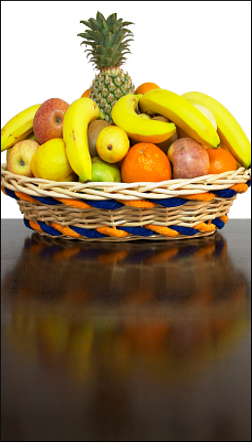 HEATHER Mills considered Stu Sutcliffe standing with his back to the audience in a Hamburg strip club in order to hide his inability to play the guitar as the high point of the Beatles' career, an employment tribunal heard yesterday.

Sara Trumble, Mills former nanny, painted the picture of an increasingly unstable employer who would spend hours explaining why Gerry and The Pacemakers were actually the better Merseybeat group.

Trumble said: "While she could often be a kind and compassionate person, most of the time she was a swivel-eyed fruitbasket who was convinced Mossad were bugging her sock drawer.

"She would insist that had it not been for Stu Sutcliffe's greasy quiff, Paul McCartney would have been killed by werewolves in 1963 instead of in a secret car crash on the way home from Jane Asher's house in 1966."

She added: "And her explanation about how her dismissal from Dancing On Ice was linked to 9/11 was like watching Joe Pesci's turn in JFK, but with a less convincing wig."

The tribunal heard how during her marriage to Sir Paul McCatney Mills became increasingly obsessed with the lesser Beatles including Sutcliffe, Pete Best and Ringo Starr.

Trumble said: "She would continually insist that Ringo had to perform a lot of bass lines on the White Album because they were too complicated for Paul and that Octopus's Garden made Yesterday sound like a 'big, fat shite hitting a bucket of sick'."

Mills, who now claims she is pregnant to a Thomsons gazelle she met at a PETA fundraising dinner, denies constructive dismissal, claiming to have given Trumble four of her kidneys, a magical trumpet and the most beautiful corner of her soul.