Post office could close unless elderly man moves away from counter

A POST office could be forced to close unless 83-year-old Roy Hobbs accepts that he doesn’t have the correct documents to renew his car tax.

Hobbs has been standing at the counter in the Gloucestershire village of Tetbury for seven weeks now, shoving an article about Rhodesia and a Polaroid photo of a woman on a horse at a succession of hate-filled staff.

Repeated attempts to tell him he needs his MOT and insurance certificate if he wants to tax his 1989 Ford Fiesta Ghia have failed and it now seems that Hobbs will be there until he dies.

Plumber Nathan Muir, who just wants some fucking stamps, said: “I know he was probably in the war and everything but can’t we just pick him up with a forklift?

“He may actually be dead, he’s leaning pretty heavily against the counter and I don’t see any breath steaming up the glass.

“I don’t know how long I’ve been here but I’m standing next to the paperbacks and I’ve managed to read Doctor of My Heart, The Ambassador’s Mistress and another one about a dishy vet.”

Over the past year more than 80 post offices have closed because of customers’ inability to complete their transactions and just piss off.

A branch near Telford was forced to close after heroin addict Stephen Malley spent over a month trying to get staff to explain his benefit application form, while Malmesbury lost its post office after retired headteacher Margaret Gerving brought in a collection of 1p and 2p coins with a total value of Â£67,899,540 and 28 pence.

Students threaten to re-animate the Levellers 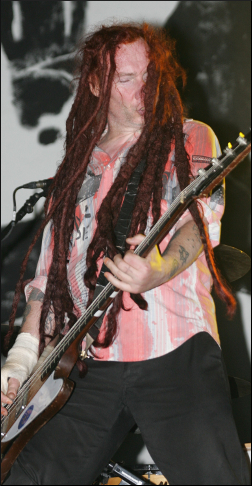 STUDENT activists have warned politicians that they are prepared to
unleash 90s crusty-rock favourites The Levellers in their battle against reality.

The National Campaign against Fees and Cuts claims to have re-animated the band after a nine-hour shamanic ritual at the secret pagan mound beneath which they had been sleeping for the past decade.

A spokesman said: “We’ve got all the original lineup – Jez, Dregsy, Muffett and Spore – to record a new album. It’s called Good Things are Good and Bad Things are Bad.

“It has didgeridoos and people shouting ‘Don’t let them control you!’.”

He added: “There will also be a Levellers tour of all the cool festivals, and some new long sleeve t-shirts with aboriginal-influenced designs showing policemen hitting babies with planks.

“This is not a bluff. They’re all at mine as we speak, chilling out with some ethically-sourced soup and composing songs about the oppressor on a lovely old banjo.”

Chief superintendent Denys Hattin, said: “We take anything to do with The Levellers extremely seriously.

“As a member of the establishment, I cannot overstate how much they frighten me.”