Press given 24 hours to change reality to match stories

THE new press regulator will allow newspapers 24 hours to change the world to match any inaccuracies in stories.

Media organisations will have a one-day window after publication in which to reshape the universe.

Frequently this will involve getting a celebrity to have sex with a prostitute, a mutually-beneficial situation as this is what they wanted to do anyway, or convincing a quiet loner that they have done a murder.

However the limited time frame prohibits longer-term adjustments like getting a single mum to have ninety kids.

A News International spokesman said: “Too often the real world is not newsworthy enough, or populated by simple stereotypes of have-a-go heroes and depraved sex vicars that the British public has come to cherish.

Impossible though it is to imagine, there are people on benefits genuinely looking for work and women who dont find that everything in their lives is cheerful and carefree despite having big tits.

“Reality can be so inflexible.”

Deputy prime minister Nick Clegg said: Were only giving newspapers the same power over the boring front pages as theyve always had over football, where they get to make up any shit they like and it magically comes true.

Celebrities ‘may be fallible’ 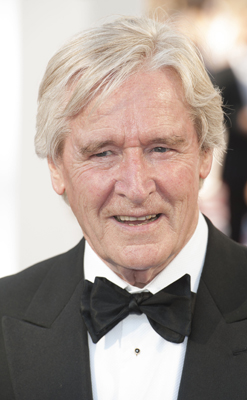 COMMENTS by actor Bill Roache have led the public to question the infallibility of celebrities.

The Coronation Street stars remarks on victims of sexual abuse have raised the possibility that celebrities may not be 100% right about everything all the time.

“But Im having difficulty with the suggestion that terrible things happen to us because of what we did in past lives, due to a nagging suspicion it may be utter cock.

Whats worrying is that if a soap actor is wrong about the karmic cycle of rebirth, maybe other celebrities are wrong about things.

What if Jeremy Clarkson is wrong about foreigners and the environment? That would mean I shouldnt have run over that Frenchman in my 4×4.

Or what if the Spice Girls were wrong when they said that if you believe in yourself you can achieve anything? Does that mean Im never going to be an astronaut and have space sex with Lucy Pinder?

Suddenly the world seems a very dark and lonely place.

Marketing manager Nikki Hollis said: If Tom Cruise is wrong about Scientology, then thetans and the galactic dictator Xenu might not exist and Ill have spent the last 10 years paying a fortune to fill my head with rubbish.

Frankly Id expect a more rigorous approach to metaphysics from the star of Top Gun.

Shop assistant Donna Sheridan said: I hope all those celebrities werent wrong about lip enlargement and tattoos. Because now I look like a carp that someones scribbled on with a black marker pen.