TRAIN passengers have called for services to include a dedicated wanker carriage where wankers can go about their business in peace.

The carriage, which would mirror the quiet carriage on long-distance services, would be reserved for anyone eating fast food, attempting to comandeer a full table for themselves and their laptop, or youths with Bluetooth speakers.

A Network Rail spokesman said: “Wankers face a great deal of discrimination from the general public, because they’re wankers.

“By reserving a whole carriage for them to eat their Burger King, have top-volume phone conversations about what’s transpired in a small circle of friends in the last 45 minutes, or simply watching Fast & Furious 6 without headphones, we improve journeys for everyone else.

“We will charge a premium, especially as they’ll all need two tickets because their bag has to have a seat of its own.

“Any remaining seats are available to non-wankers for free. However, they’re unlikely to get all the way to their destination and will probably flee screaming at Didcot Parkway.”

Commuter Martin Bishop said: “I regularly get the Bristol-London service. One carriage won’t be nearly enough.” 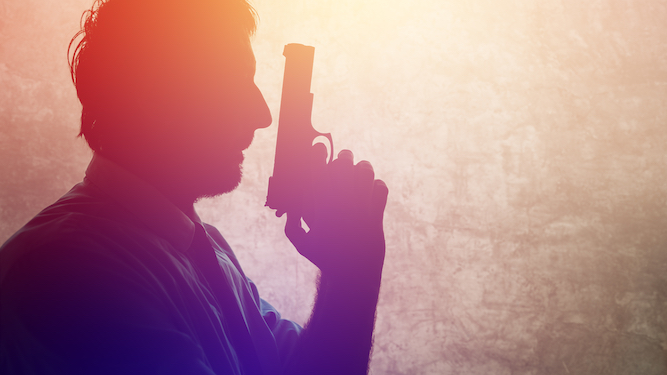 IN 2015 Boris Johnson, then just a lowly backbench MP, wrote a blockbuster film script. Here are a few key excerpts:

MARMADUKE BURTON (HERO): The prime minister won’t listen. He’s a girly swot, elected by a blinded electorate. There’s no choice. I’ll have to handle this myself.

PETUNIA (GORGEOUS BUT SCHOLARLY): But Marmie? How?

MARMADUKE: He forgot two things, Petty. I went to Eton. I went to Oxford. And I’m a journalist for the Telegraph. Pack your bags. We’re heading into the dark heart of the most dangerous continent on earth.

MARMADUKE: Okay. I rappel down the building here. I break through the window here, and distract the guards with a brief but brilliant elucidation of Aristotle’s Ethics. Meanwhile you, Petunia –

MARMADUKE: (WRYLY) That does tend to happen. You set off the alarms in the Council of Ministers building opposite, using technology. While they rush over there, I’ll locate the files and bluster my way out. Meet me in the bar opposite. I’ve ordered moules-frites for two.

FRANCESCA: But what if they hurt you?

MARMADUKE: Don’t worry. Nothing has ever hurt or damaged me so I’m working under the assumption it’s impossible. Because I was (WINKS TO CAMERA) born rich.

PRIME MINISTER: So it’s agreed. To bamboozle the British public into making a terrible decision, we’ll –

MARMADUKE BURSTS IN WITH DELILAH (HOT BUT GLASSES)

MARMADUKE: Not so fast, so-called prime minister. Your little game’s been rumbled.

MARMADUKE: Not Francesca. She got pregnant. This is a new one. Anyway, I know your whole plan. You’re going to call a referendum on Britain’s EU membership, deliberately lose and drag the country I love out of the world’s largest trading bloc, causing incalculable damage.

PRIME MINISTER: Damn you, Marmaduke. You were always better than me and I was wrong to pretend otherwise.

POLICE OFFICER: Your pardon, sir, but since we’ve arrested him and you’re in his office, by the law of prorogation you’re now prime minister.

MARMADUKE: I am, aren’t I? And all because I’m honest, principled and unfailingly make the right decisions.