The information details how much of each person’s wealth is in liquid assets, where they’re most vulnerable and possible areas for blackmail.

Sunday Times acting editor Martin Ivens said: “The Rich List is a fixture of the newspaper, but in previous years has only contained information that is entirely useless to the masses.

“People just weren’t getting anything from learning that the bloke from Foxtons is now worth more than such-and-such a steel magnate, other than a sense that they fucking hated them all.

With that in mind weve now included the home addresses of the rich, patterns of their movements and a rough idea of how much unmarked cash their loved ones can stuff into a holdall within 24 hours.

Reaction has been incredible, and the first bloodied packages containing severed toes should be couriered to trophy wives this very morning.

Criminal Nathan Muir said: My dad always swore by Debretts New Peerage when he were hunting rich people for money or sport, but in todays post-Thatcher classless society you need something more comprehensive.

This Rich List tells us exactly which billionaires are worth torturing until they give us the combination to their jewellery safes. God bless the Murdoch press.

Everyone else's life better than yours 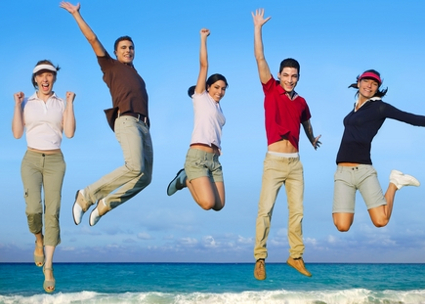 YOUR life really is not as good as that of any other human, experts have confirmed.

Researchers into quality of life found that the depiction of other people’s existences on social media and in celebrity news media was entirely representative of their amazingness.

Professor Henry Brubaker of the Institute for Studies said: “You might think these things are contrived for maximum impressiveness, but everyone else is genuinely having a great time, all of the time.

“Beside having fulfilling and well-paid jobs, loving families and fascinatingly varied sex lives, the things they get up to are just such a laugh.

“They wore them all day as they cycled around the city’s historic attractions on vintage bikes, like a pair of sexy comedy characters.

“Then they had a massive dinner.”

He said: “That’s two proper things followed by an amusingly light-hearted thing. She doesn’t take herself too seriously because the various brilliant aspects of her personality are perfectly balanced.

“In conclusion, life is like an amazing non-stop party that’s going on in the room next door. You can hear the muffled sounds of laughter, but the door is always locked.

“Probably the best thing is to kill yourself.”