I thought the parade was very jolly, says Putin

He rejected claims of trying to terrify everyone and said the parade was a ‘fun day out’ for tank commanders and the people who look after the inter-continental ballistic missiles.

He added: “Every time I move so much as a soldier, you all accuse me of being a warmongering lunatic. Can I not just have a lovely, happy day with my huge and incredibly well-equipped armed forces?

“We’re going to have a nice picnic now. I suppose you want to try and spoil that too?” 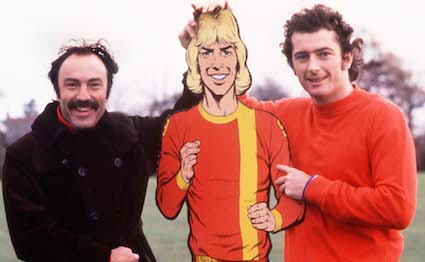 FA chairman Greg Dyke said the new League 3 will develop young English talent by helping them imagine what it would be like to play against Roy Race from Melchester Rovers.

Dyke said: “A committee will decide how a real team fares against a fictional team based on the real team’s three previous results.

“So if you are lose-draw-draw, you might sneak a home win against the school team from Gregory’s Girl, but you are going to get taken apart by Melchester, particularly if the committee decides that Roy is on form at the moment.”

He added: “Harchester United from Sky One’s Dream Team will be another big test for the real clubs, but they can also be confident of a win against sides like Renford Rejects and Jossy’s Giants because they are just children.

“I suspect that most seasons League 3 will be a two-horse race between the PoWs and the Nazis from Escape to Victory.”