A LONELY man believes he has picked up subtle sexual signals from a female colleague’s behaviour.

Office administrator Tom Logan believes Mary Fisher wants to go out with him after she offered to lend him a book and then scratched her eyelid.

He said: “Most men are hopeless at reading these signs, which is why they miss out on all the opportunities.

“Mary dropped a pretty obvious hint by offering to lend me The Girl on the Train when she’s finished it then touched her face, but I don’t want to get involved in a messy affair with a married woman.

“Yesterday she got quite close to my desk and then offered me a biscuit. She is really is pure filth, that one.”

However Logan admitted it is possible to misread the signs, like when his housemate invited him to an amateur dramatics play she was in and he told everyone they were going out.

He added: “Woman are often hitting on me, like when the woman in the 24-hour garage talked to me for ages about her dog’s yeast infection. You don’t open up like that unless you’re attracted to someone. 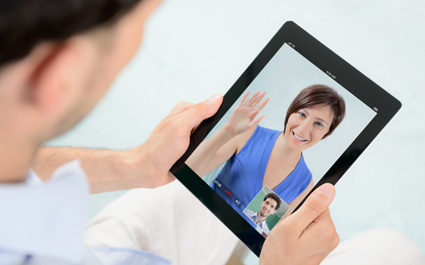 A SKYPE chat became a bitter argument over whose shit internet connection kept making it break.

However a taint of resentment crept in after Skype froze several times, most notably during Traherne’s poignant description of ongoing marital problems.

Hayes said: “I can see you but I can’t hear you. I think the problem is your end.”

Traherne replied: “I can hear you but I can’t see you, everything’s fine my end, I’ve got fibre and it’s very reliable. As I recall you’ve got TalkTalk and everyone knows TalkTalk is lame as fuck.”

Hayes responded by confirmed that his internet worked perfectly well and that maybe Traherne’s fancy fibre connection wasn’t the big cool-ass thing she was making out.

Switching to Skype’s text box, Hayes wrote: “I think you need to restart your computer.”

However experts later confirmed that the problem was actually caused by Skype itself being shit.