Scarface To Be Tolerated

Mr Montana, a drug dealer since 1975, said he was 'fuckin' delighted' the authorities had offered not to prosecute him if he stopped killing quite so many people.

He added: "Ju want me to stop killing everyone? I suppose I could only kill four people a week, three at a push, if dat's what ju want."

Mr Montana was born in Cuba but moved to Miami in his early twenties so he could kill more people and 'fuck a whole lotta women who smell real good'.

He insisted he always wanted to be a nice drug dealer but turned into a nasty one when another drug dealer chopped up his drug dealing friend with a chainsaw, in a bath.

A spokesman for the Drug Policy Commission said: "Mr Montana is a hard working insane businessman who often finds himself being dragged into inefficient, resource-hungry turf wars.

"In order for the system to focus on harm reduction we need Mr Montana to spend less time with his guns and chainsaws and more time adding Vim to cocaine and hanging around outside schools."

Picking up a very large machine gun, he added: "Say hello to my tolerant little friend!" 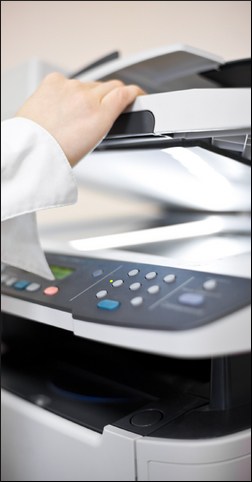 THOUSANDS of recession-hit holidaymakers are planning to ignore the rain, used condoms and one-eyed donkeys this summer in a desperate attempt to enjoy the great British seaside.

Lack of money for proper holidays is the main factor driving Britons back to the bleak hell-holes that were probably quite nice before the invention of aeroplanes and heroin.

Sally Dawson, from Sussex, said: "We've just had two weeks of gruelling pretend fun in Tugby-on-Sea. You just have to have the right mindset. A bit like going to Iraq.

"My youngest said she'd found a tiny fairy's wand which turned out to be a used needle covered in a thin translucent crust. It really is a magical place where dreams come true."

She added: "The special memories for me will be my husband discovering a rotting vole in his candy floss, or when I got shot in the thigh with an airgun."

Tommy Brown, of the British Seaside Federation, said: "There's never been a better time to pretend this isn't all just completely unbearable.

"Our historic piers feature some of the world's most broken rides and the weather is the nearest you can get to being in the sea while still being on land.

"But remember, if you're on the pier and you hear a very loud siren, run as fast as you can because that means it's either on fire or about to collapse."