School is one hour on app then five hours in garden, confirm kids

SCHOOL has been redefined for a generation as one hour plugged into an app followed by five hours in the garden, kids have confirmed.

Children aged five to 15 have to put in a solid hour doing the work their teacher has managed to get on an app of some kind, then they go out on the trampoline and are not allowed in the house until the afternoon.

An education spokesperson said: “Typically home-schooling starts promisingly with fronted adverbials and spellings, but then Mummy needs to take a work call and the kids get stuck on Rocket League.

“Attempts to resume are greeting by looks of scathing disgust at their educator, usually accompanied by sliding from their slumped position off the sofa and onto the floor.

“They are forced to complete the work, then have a well-intentioned thirty-minute break which extends to an average total of five hours before lunch is served, though they’ve already had crisps.

“Watering the plants at 3pm is not an adequate home science substitute, and making TikTok videos is not music, movement and drama. These kids are doing f**k-all.”

Is your bullshit no longer working? 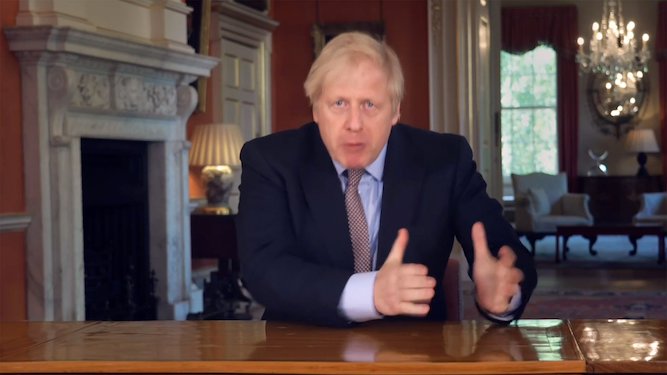 HAVE you been getting by on vague, waffling bullshit for years, but suddenly it’s not doing the trick?

Do ambigious platitudes and sketchy promises no longer allow your audience to hear whatever they want to hear, but instead leave them confused and demanding clarity?

Are your speeches now having their contradictory promises and idiotic optimism forensically pulled apart by not only a disconcerting Labour leader but your normally loyal friends, the right-wing newspapers?

Bad news. It seems as if, after years of never being held to anything you say because you’re charismatic with fun hair, you’ve stumbled into a situation where facts are important.

And while your natural instinct is to say everything’s great and everyone should do whatever they want, for some reason it seems your audience prefers the truth even if it’s bad. Because they already know it’s bad.

Worse, you’ve already fired anyone even capable of taking responsibility so it’s just you and the rising numbers that everyone pays such attention to which really aren’t helpful, and your party denials.

Don’t worry. Remember, you can always do what your old school chum David Cameron did when things got difficult, and quit without any personal consequences whatsoever.

So relax! None of this is really your problem. Let someone else fix it.