As a jury rubber-stamped the explosive violence lurking just below the surface of an entire profession, teachers across the country said it was like getting another 14 weeks of holiday entitlement, but with much more screaming.

The teaching unions have now issued each of their members with a large photograph of acquitted teacher Peter Harvey and advised them to frame it and hang it above the blackboard.

A spokesman for the National Association of Schoolmasters and Women Teachers said: “This is what we call a ‘game changer’.”

He added: “Hello children, today’s word is ‘precedent’. Can you use it in a sentence?”

Tom Logan, an English teacher from Peterborough who has been called an ‘arse bandit’ 800 times this year, added: “In its wisdom the British judicial system has handed me a massive blank cheque.

“I intend to fill it in and then quietly and methodically cash the absolute fucking shit out of it.”

He said: “I am going to introduce Jenny to Kyle Stephenson in 4C. She’s going to be his new girlfriend and she’s going to go all the way…

“I’m ever so depressed.” 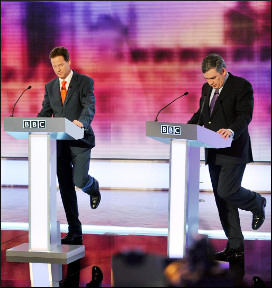