Schools To Send The Thickest 25% Home

EDUCATION spending cuts will be managed by sending the dimmest quarter of pupils home to spend more time with their chew toys.

Testing will ensure that anyone unable to get more than 96% in exams will be given a largely-pictorial note for their parents telling them they are on their own.

Under the cost-cutting reforms teachers will be trained to identify a pupil’s STP, or Stupidity Tipping Point, via key signs such as an aptitude for PE.

Once the STP has been reached, the teacher throws a ball into the street, waits for the child to chase it and then bolts the door.

Mr Osborne added: “There has to come a point when schools accept that continuing to throw education at certain children is as much a waste of taxpayer’s money as an NHS hospital giving physiotherapy to an amputated foot.”

The cuts will be phased in over four years with an immediate Â£68m saving from teachers not phoning their most cretinous pupils every morning to remind them they have to go to school.

Professor Henry Brubaker, who is advising the government on cutting the higher education budget, said: “I think we’ll start by making A Levels a bit more University Challenge and a bit less Catchphrase.

“And it might be an idea to try and shift higher education away from resembling, to all intents and purposes, a big, pissed-up creche.”

How the Budget will affect your pointless, money-obsessed 'life' 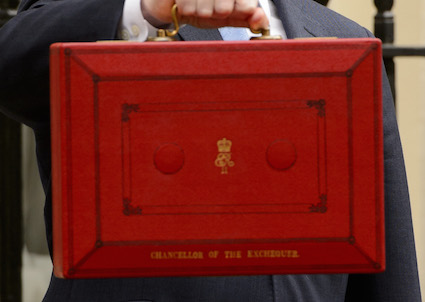 The Daily Mash has crunched the numbers on the Budget to work out how it will affect your ability to buy all that stupid shit your television keeps telling you that you need.

The Two Morons and their Idiot Spawn
Nathan Muir, 37, and his wife Sally, 34, have two children, Brian aged 4 and Samantha, 28. Nathan works for an insurance company and brings home £27,500 a year while Sally is director of the Royal Shakespeare Company. Cuts in working family tax credits mean the Muirs will lose £412 a year that they should never have had in the first place and spent mainly on attachments for their Wii. The Muirs plan to improve their pointless standard of living by investing in ‘Bitcoins’. Hateful.

The Dreadful Old Woman
Margaret Gerving claims she will now have to buy even cheaper soup as well as those biscuits that come in a white packet and just say ‘digestives’. She also claims she will have to turn the heating down this winter, sell her television and listen to a battery operated wireless as the wind howls around her chimney pots and the rain lashes at her lonely windows. Is actually worth about £350,000 through a mix of equity, pensions. and endowment policies. Better off by £16 a year but intends to moan like a fucking twat anyway.

The Young, Single Prick
Tom Logan is an investment banker in the City of London. He’s utterly minted and this sort of shit is for the little people. Will pay an accountant £20,000 to save himself £170,000 and will spend what you earn in a month on getting his balls waxed. At some point you will end up working for him and he will never know your name. According to our Budget Calculator, Logan will be better off every year from now until he dies in a huge bed surrounded by pet giraffes. Now piss off and leave him alone, before you pass on one of your diseases.

The Duke of Kent
His Grace hasn’t touched actual money since 1957 when the Duke of Edinburgh dared him to mug a nun. As a result of the Budget the people who clean his 23 toilets will have to do more overtime at their second and third jobs. Worse off by 12p a year but thinks you’re all marvellous.

A Dog
Roy Hobbs is a seven-year-old Labrador from Peterborough who works for the local authority as a freelance dog. He drinks nine pints of strong cider a day. He doesn’t have any children that he’s telling you about and would love to drive a car but accepts that while it would be brilliant for about the first 30 seconds somebody would probably wind up getting killed. Expects to be worse off by £623 a year because his paws are too big for his calculator and he can’t stop himself from barking at accountants. Is thinking of moving to France where at least the food is edible and he can shit anywhere he wants.