Scottish people refer to all fizzy drinks as 'juice'

SCOTTISH people describe every fizzy drink as ‘juice’, despite no ‘juicing’ having taken place.

According to anthropologists, calling a can of cola or lemonade ‘juice’ is a long held Scottish tradition, possibly as a deliberate ploy to baffle English people.

Mary Baxter, a Scottish person living in London, said: “I asked my boyfriend to get me a can of juice on his way back from work and he brought me back some cranberry juice.

“What in the name of god is ‘cranberry juice’? I though it was perfectly clear that I wanted a can of Lilt.”

Scottish person, Bill McKay from Edinburgh, said: “Me and my wife stayed in a hotel down in Cornwall for our anniversary and on the breakfast menu it said ‘unlimited juice’.

English person Roy Hobbs said: “They are not the same as us.” 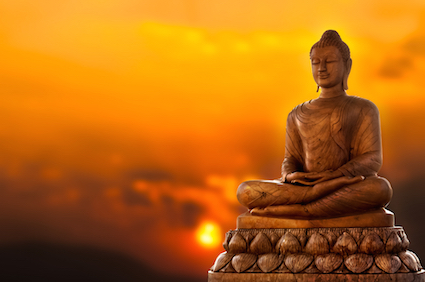 DONALD Trump has continued his war on religious leaders with a foulmouthed attack on Buddha.

Speaking in a provincial conference centre in front of a few hundred confused, noisy locals, the Republican candidate accused Buddha of having no immigration policy and not being American.

To deafening cheers from the audience, Trump said: “That pot-bellied preacher of peace was just a stupid, hippy asshole.”

The candidate then dismantled his comb-over to reveal his bald head and then impersonated Buddha having sex with a Mexican.

Trump added: “Who’s that one with all the arms that those Arabs worship? And why isn’t that guy holding a gun in any of his hands?”