A POP psychology book has really helped a woman unburden herself of her trivial, tedious problems to everyone she meets.

Ever since reading Think Yourself Positive, Emma Bradford has been putting her commonplace worries into perspective by boring people sh*tless with them.

Bradford said: “None of your problems are your own fault and bottling them up causes negative emotional energy. So you owe it to yourself to share them with others.

“For example, at 34 am I too old to change careers? That’s what I asked Lucy at work for 45 minutes over lunch. Not that I’m considering a career change. I just felt I should discuss it.

“Should I be aiming higher in my relationships? I called my parents but they wanted to get off the phone after just an hour and a half. They’ve never been good with emotional stuff.

“The book’s really given me the confidence to address important issues, like whether I should take the plunge and go to the next tier with my Netflix subscription.”

Colleague Martin Bishop said: “It’s really positive that Emma is talking about her life at such length. It’s helped me come to the realisation that I would do anything to avoid her.”

Is saying 'Go back to your own country' racist or are you f**king kidding me? 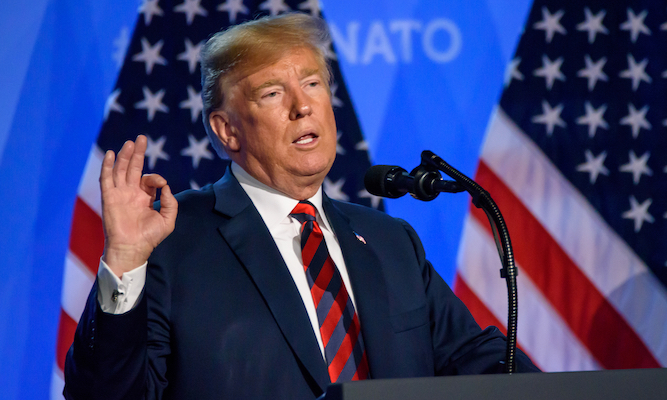 IS telling someone non-white to go back to their own country, as President Trump did, racist or are you seriously asking that question?

What could the president mean by telling non-white congresswomen to go back to their own country?

A) He is clearly saying that the US belongs to white people, as would the Ku Klux Klan.
B) Advising them to reconnect with their roots, you know? Bring their experiences of other cultures to the great melting pot of America.

Who usually says ‘go back to your own country’?

A) It is a phrase very much owned by ignorant racists.
B) All kinds of people. It’s a statement which could in many cases be benevolent and kind. It’s not as cut-and-dried as people are making out.

If you said that to a non-white colleague in work, what would happen?

A) You would be reprimanded, interviewed by HR and fired within the day.
B) They might take it badly initially, but when you explained that you were only concerned for the indigenous British culture like Morrissey is then surely nobody could take offence? No yeah you’d get fired.

Is there any justification for saying it?

A) To an invading army, yes. Otherwise, no.
B) If many people agree with you? Surely it’s okay then?

Mostly As: Congratulations. You have recognised one of the key phrases of racism of the last 50 years as racist.

Mostly Bs: Congratulations. You have failed a test even Piers Morgan managed to pass.