A LONDON development has included below-stairs maids’ rooms as its quota of social housing.

Private homes on the One Vauxhall Bridge development range from £1.4m to £6m, while social housing tenants pay much lower rents but are expected to rise at 4am to scrub stairs and set roaring fires.

Estate agent Eleanor Shaw said: “The opportunity to live in one of London’s most desirable locations has the tiny price of a lifetime of servitude.

“Yes, there are small differences between the private flats, which are finished in polished walnut and enjoy views across the capital, and the social housing in bare plywood without heat, lights or windows.

“But it’s all delightfully Jeeves & Wooster, apart from Wooster doesn’t speak English and frequently beats Jeeves with a shoe.”

Tenant Nathan Muir said: “I work all day as a teacher, get home, change into my butler’s uniform and serve drinks for the mistress and her guests.

“I was married, but my wife was fired for drawing a bath two degrees colder than requested so I began a sexless, unspoken flirtation with the young maidservant who sleeps in the attic.

“After nine months of devotion I believe I was close to knowing her name, but then the master of the house got her pregnant so she was framed for theft and sent to the workhouse.” 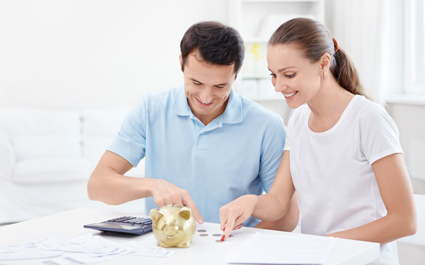 PEOPLE who pretend to be nice are worse than those who are openly unpleasant, it has emerged.

Researchers at the Institute for Studies found that fake nice people were they worst of type of human because they are both cunning and annoying.

“They’re like ‘great to see you’, ‘how’s work going?’ and ‘did you see this culturally relevant film?’ in their chirpy upbeat voices.

“But they would fuck you over at the first opportunity, especially if it meant they could get a bit more money because that is all they care about.”

He said: “The bastards, although rude and unpleasant, actually believed the things they were saying, which were mostly ‘fuck off’ and ‘I don’t want to talk to you’.

“The fake nice people were all like, ‘you’ve lost loads of weight’, despite the fact we’d never met before. Then they invited us around for a pretentious meal that was clearly designed to show off, and we had a thoroughly boring conversation full of veiled boasts.”

83-year-old bastard Mary Fisher said: “I’m only prejudiced against one sort of people, and that’s everyone. Proceeding on that basis, we can just leave each other alone forever.”