THERE were strikes and shortages and scandals, but you know what there wasn’t in the 1970s? Bloody complications. For example:

For men it was simple: if the opportunity for extra-marital sex came up, you took it. For women it was slightly more complicated: you could only take it if you weren’t getting any at home. Either way, everyone cheerfully shagged everyone else, all the time.

You could smoke in the pub, on the bus, in the cinema, in the office, anywhere you liked. The centrepiece of every lounge was an overflowing ashtray and everywhere was a fug of blue-grey smoke, permanently. Nobody minded, and anyone who died would have died anyway.

You got a tortoise, painted its name on its shell, and stuck it in the garden for eight months of the year where it happily munched lettuce. In November Blue Peter showed you how to stick it in a box and hope for the best. Now you need heat lamps and UV lamps and bloody kale.

Walk the dog, it does a shit, why’s that any of your problem?

The designated childcare provider throughout school holidays was the oldest kid on the street. A gang of kids, nominally overseen by a 13-year-old, would spend whole days in disused quarries throwing rocks at a floating oil drum. Bring it back.

Teachers were war veterans who could give you a clout, but there were no consequences to not learning anything because you could get a factory job. Psychopathic bullying passed the time.

Before Thatcher there wasn’t all this buggering about with market forces and free ports. The Tories wanted to be in charge because they were landowning Lords born to rule. They never pretended to like you.

How to maintain your bigoted views in retirement 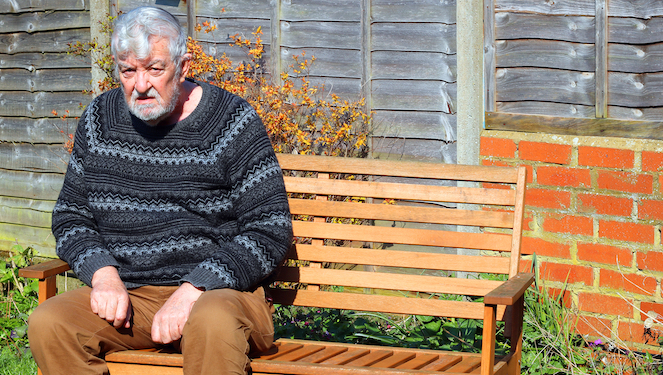 IT can be a challenge to navigate the transition to retirement while remaining militantly bigoted. Stay an intolerant prick in the twilight years with these tips:

Hearing your woke grandchildren spouting irritatingly tolerant views about immigration and climate change and giving up dairy really stimulates your narrow mind with new things to get angry about. What on earth bloody ‘non-binary’ is you don’t know.

It is crucial to seek out other like-minded bigots who can inspire you to get all het up and veiny about new things. Watercolouring classes, Facebook groups called ‘Old Stoke-on-Trent was best!’ and your local post office are great fascist networking opportunities.

It’s very easy to slip into ‘not being bothered’ about issues that you’ve never directly enountered and don’t affect you. That way lies liberalism. Get yourself boiling mad by reading all the papers online and chase whatever tiny thing really inflames you.

It’s easy to feel invisible in retirement so find a way to make your voice heard. Why not load up your favourite right-wing rag online and start commenting below articles so you can hear your views celebrated and reinforced. 77JubileeBrit must speak for the people.

Everyone needs to workshop their prejudices sometimes. If ever you feel yourself teetering and thinking disturbing thoughts such as ‘maybe grand-scale nationalisation isn’t such a bad idea,’ the lads propping up the bar at the golf club will be there to set you right.