A PERVERTED anarchist monster who recognises no authority has outraged society by keeping their car and house keys on a single keyring.

Nikki Hollis refuses to observe the sacred convention that house and car keys must be kept separate and instead attaches them to a single ring, which she sacrilegiously calls ‘the keys’.

Friend Tom Logan said: “It makes my skin crawl when she clatters them on a table, all intermingled in defiance of every rule that holds civilisation together.

“Imagine driving along with your house keys dangling from the ignition, all clinking together. I couldn’t bear it. I’d end it all by driving full speed into a tree.

“And what happens when you lose the house keys? You also lose the car keys, and vice versa. So you’re losing them twice as much. Also it’s morally repugnant and she should be hanged as a witch.”

Hollis said: “I don’t see what their problem is. Also I hate this world and just want to see it burn.” 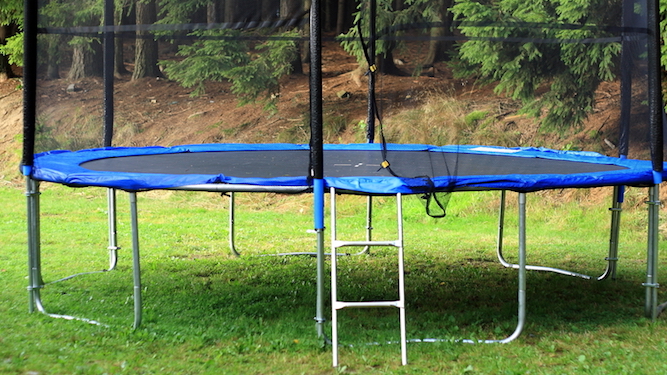 A COUPLE spent 200 quid on a trampoline only for their kids to get bored of it after two f**king days.

Donna and Iain Sheridan invested in the expensive toy without realising that their pathetic children would give up after as few as 50 bounces.

Donna said: “Two days after we gave it to them, we noticed they’d stopped jumping on it. I’d assumed they’d be bouncing away and not pestering me well into their teenage years.

“They were bored of it, apparently. For 200 pounds I want them bouncing until they bleed. Ungrateful bastards.”

Iain added: “We’ve tried telling them how lucky they are to have this expensive toy in their garden but they do not give a shit.

“We’ve had to start bribing them to play on it so it’s not a waste of money. I gave my daughter a pack of chocolate digestives to bounce for half an hour this morning. I am not proud of myself.”