DO you say any of these? Then everyone hates you. These popular but incredibly annoying phrases, like you, just need to f**k off forever:

People might be working different in the pandemic 20s, but ‘hustle’ is a pathetic attempt to sound cool. You’re not illegally importing truckloads of cigarettes from Europe, you’re actually selling ‘funky’ facemasks made from old knickers that bring in the huge sum of £3 a week.

A social media favourite that doesn’t really mean anything, so can be used for any old crap. Heard We Belong Together on the radio for the first time this year? All the feels! Your sister posted a photo of your nephew dressed as a slapdash Hagrid on World Book Day? All the feels!

Frankly it would be better to just say “I am a wanker”. This expression, which makes someone sound like a very dull person trying to be ‘wacky’, makes you long for a time when people were strong and silent. Or language hadn’t been invented.

Not long ago, the news media decided to start calling everything a ‘narrative’. Anything and everything, like Boris going to Peppa Pig World, was ‘part of the ongoing narrative’. No, it was just an agonisingly embarrassing moment none of us will ever be able to forget, particularly when reminded by an article like this.

The sexy new cousin of ‘the narrative’ is ‘the optics’. It’s really just a way of saying something looks bad, so if your neighbour’s dog has just been run over by a bin lorry, pretentious types might like to say “The optics don’t look good”.

Now more than ever

This wasn’t too bad when used to emphasise the good work of nurses and others in lockdown. But now it’s in every advert on TV, spoken in a forlorn voiceover, set to sad piano music, as advertisers take punts on our mental states. Still, at least it’s not quite as horribly cliched as ‘the new normal’. 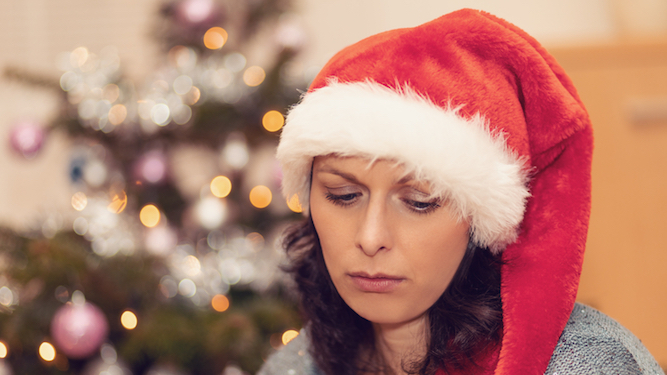 A WOMAN who claims she is desperate to spend time with her extended family this year has forgotten that she usually hides in the bathroom drinking wine.

Donna Sheridan, 36, is making a huge fuss about her family Christmas being ‘stolen’ from her, even though she normally starts bitterly complaining about it in October.

Sheridan’s sister Clare said: “Donna hates spending Christmas at our parents’ house with my husband and kids. She tells us every year.

“She spends Christmas morning whining about having to help make dinner, complains we always eat too late and starts glugging the wine before shutting herself in the bathroom because the kids are ‘doing her head in’.

“You’d think she’d be glad to get out of it this year and spend the day chilling at home with a takeaway like she always says she wants to.”

Sheridan said: “I’ve got so many treasured memories of family Christmases and now this damn virus and the government have taken it away from me.

“For the record, I was only in the bathroom for 45 minutes last Christmas day and, whatever Clare says, I did not ruin Trivial Pursuit by acting like a pathetic, sulky little cow.”