A SINGLE mother is celebrating the end of austerity and is excited for the affluent times ahead.

Following Theresa May’s announcement that austerity is now over, 28-year-old Nikki Hollis decided to give the food bank a miss this week.

Hollis said: “I was think of going down to ask for some canned vegetables to keep my kids alive, but now that everything’s fine again I thought I would go to Waitrose instead.

Minimum wage worker Wayne Hayes said: “’Austerity’ has been a good description of my living situation for over a decade so I’m glad it not longer even exists as a concept.

“I’m looked forward to getting home tonight and finding all my shit knackered stuff has been magically replaced with fancy things.” 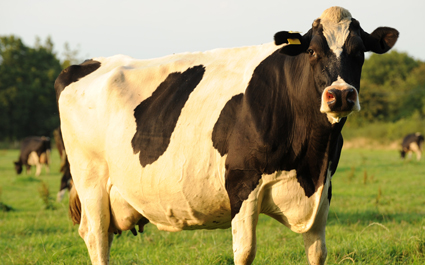 THE milk we buy in supermarkets is straight from the tits of a cow, it has been claimed.

Following rumours about milk’s origins, food industry investigators visited a dairy in Gloucestershire, only to find it was full of cows.

Public health advisor Roy Hobbs said: “The cows had things attached to their tits that were sucking the milk out.

“It was the most mental thing I have ever seen.”

Grocery buyer Eleanor Shaw said: “I’ve heard the claims, and I don’t believe them. If milk was from a cow’s tits it would taste of beef.

“I’m very picky about what I feed my kids, and I refuse to believe that what they’ve been having with their porridge has been inside a cow. How would you even get it out?”

Sales of milk have fallen significantly since the release of the report, which also claims that rump steak comes from a cow’s arse.