Don't look too human though, May told

THERESA May has been told to look slightly human but not too much.

Following the obvious humiliation of orchestrating one of the biggest fuck ups in human history, Tory advisors have warned the prime minister to look ‘as if there are some emotions going on’ but ‘not too many’.

A Conservative party source said: “Throughout the election Theresa had the emotional depth of a slice of wet ham, but to be honest the ‘bewildered and scared’ look isn’t doing her any favours either.

“According to data, voters don’t support those they pity. Look at Ed Miliband.

“So we’ve tweaked her programming slightly. The dial is now set halfway between ‘Terminator’ and ‘Mary Poppins’.

“She can smile, wave and make tough decisions but she won’t be singing any songs.”

Queen's speech delayed over whether cats are witches' familiars 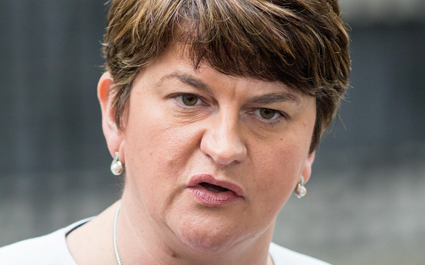 THE QUEEN’S speech will be delayed while Democratic Unionists and Tories debate whether cats help witches cast spells against Christians.

DUP leader Arlene Foster has refused to support the government until they commit to a crackdown on witchcraft, including a zero-tolerance approach to goblins and the reintroduction of the scold’s bridle.

Foster said: “Cats do the bidding of their warlock owners and cavort regularly with Satan, or as I call him, the Pope.

“Everyone knows that you cannot cast black magic without cats, although we are also opposed to owls, imps, and dogs that turn into headless men at night.

“We are committed to supporting a strong and stable government in the national interest, but not at the cost of allowing these demonic beasts to continue infesting our homes.”

A Conservative party spokesman said: “We’re not going to commit to something pointless and cruel, or pander to the whims of extremists for the sake of power.

“Anyway, back to discussing benefit sanctions and Brexit.”