BOUTIQUE festival Latitude will allow attendees to test their coffee for purity and bean quality, it has confirmed.

In a move designed to safeguard its clientele from poor quality hot drinks, coffee testing stations will be positioned around the festival and operating on a ‘no questions asked’ basis.

A Latitude spokesman said: “While we don’t encourage coffee drinking, we acknowledge it does happen, especially if people have had a hard week working in London and need an extra boost to make it through Mumford and Sons.

“In some cases people could be unwittingly drinking instant coffee or even that Mellow Bird’s stuff which has powdered milk already in it.”

Marketing consultant Nikki Hollis said: “Last year I scored a bad coffee at Latitude. It seemed fine at first but I developed a bitter taste in my throat while walking from a Zadie Smith talk to see a reformed 90s shoegaze band.

“I was sweating like a pig during Joanna Newsome’s set which I’m sure was because of toxins or something.

They Live reclassified as a documentary 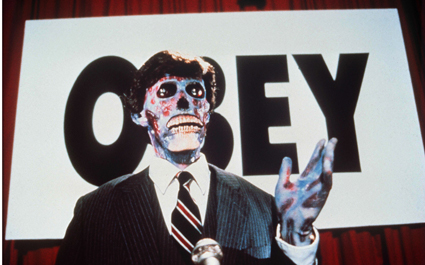 THE John Carpenter film They Live is a documentary, it has been confirmed.

The film, about humanity being manipulated to mindlessly breed and consume by a master race of disgusting extraterrestrials, was previously marketed as fiction.

Director John Carpenter said: “Initially we were forced to promoted the film as a fantasy, but the skull-faced creatures who use consumerism to make us into obedient cattle no longer feel the need to hide.

“I think everyone has pretty much worked it out for themselves by this point, or just doesn’t give a shit.”

He added: ”It wasn’t easy getting the aliens to let us film them, but when I told them they’d get to share the screen with Rowdy Roddy Piper they really couldn’t say no.

“I mean, would you? He’s Rowdy Roddy Piper for Pagan Owl God’s sake.”