MORONS love to try and sound like professional psychiatrists by bandying about psychological terms they don’t understand. Here are some of the more annoying ones.

Not long ago someone suggested workplaces were full of sociopaths, so idiots decided that meant any boss who was just a bit of a git. Actually refers to a serious absence of normal morality, so maybe lay off the diagnoses until your manager starts collecting co-workers’ heads in a sack.

A specific and harmful condition, often with controlling, delusional or stalkerish overtones. But don’t let that stop you using it to describe anyone who, in your ‘professional’ opinion, is too big for their boots, eg. ‘Steve’s bought an Audi that’s better than my car. Total narcissist.’

On the autism spectrum

Wrongly applied to people who are very methodical compared to disorganised bastards. In an insult to sufferers whose lives are disrupted, some idiots casually claim to be autistic themselves because they like the idea of having special powers like Dustin Hoffman in Rain Man. (Hollywood films are, of course, a great source of medical knowledge.)

As in ‘We’re hard-wired to do X’, where X is your own questionable behaviour, eg. ‘We’re hard-wired to stock up on calories’, which means ‘It’s not my fault I ate an entire 12-pack of Wotsits’. The same people will chuck in buzz-phrases like ‘lizard brain’, which can at least be sadistic fun if you innocently ask them to explain in front of a group of people.

Can be offensive on various levels. Firstly, use it to describe very trivial contradictions: ‘She said she’s trying to save money, but she’s just bought a new coat!’ Also, it doesn’t mean having a dual personality like Dr Jekyll and Mr Hyde. Luckily, overworked NHS psychiatrists do not have their caseload added to by Gothic horror mad scientists.

The amateur psychiatrist should never differentiate between the actual condition of irrational, exaggerated worrying and THINGS YOU SHOULD BE F**KING WORRIED ABOUT. Anxiety about exams, a court appearance or being confronted by a mental-looking, massive dog in the park may in fact be perfectly healthy, even helpful.

How to wriggle out of criticism by calling it misogyny, by Nadine Dorries 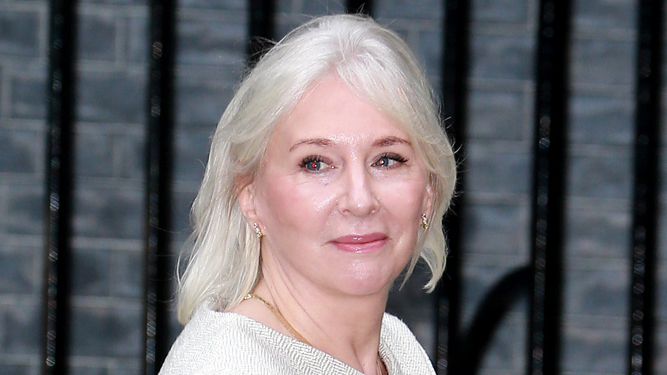 I CAN get away with loads of stupid shit by calling any man who legitimately criticises me a misogynist. Here’s how I go about it:

Do some stupid shit

When I was a backbench MP I wrote a lot of tweets calling people things like ‘f**kwits’ and ‘knobs’. Some think this sort of language isn’t appropriate for someone in my position, but they can stick it up their arses, the massive pricks.

On top of that stupid shit, I did some other stupid shit, the most stupid of which was appearing on I’m A Celebrity. Some of my constituents were angry I was dicking about in Australia eating ostrich anuses instead of representing them in parliament. My new telly career was way more important and that £80k came in handy too.

Just because I’ve tried to use my power to derail the careers of various people including James O’Brien and Laura Kuenssberg, it doesn’t mean I’ve done anything wrong. And if anyone says I have, I’ll say it’s online abuse. But not the same as the kind of abuse I’ve dished out myself, of course.

Get a job you’re wildly unsuited for

My incredible arrogance has somehow got me the job of culture secretary. I recently admitted that I can’t remember the last time I watched something on a major channel, and this week proved I don’t know how Channel 4 is funded, but so what? I’m a woman so the moaners are definitely misogynists, even if they’re women too.

Alright, this has gone far enough so I’m shutting it down by saying everyone is a misogynist. It’s a get out of jail free card. Do I care that it diminishes women who are actually dealing with misogyny? Nah, mate. Couldn’t give a toss.