Six everyday situations that are surprisingly charged with class tension

WE supposedly live in a classless society. So why then does class tension come bubbling dangerously close to the surface during the most mundane events?

Should you feign interest in your driver’s route and working hours, or does it sound patronising? Do they want this tedious conversation about onions you’ve stumbled into, or are they just humouring the pampered homeworker? All you wanted was some bog paper and cheese delivering, not a nerve-jangling journey through a social minefield.

Seeing a certain breed of dog

Not such a big deal these days, but it’s an achievement, and one you were quite modest about as a teenager. Then your dickhead Uncle Dave said something like: ‘Don’t suppose you’ll want to talk to us peasants anymore.’ At least he didn’t blather on about the superiority of the University of Life, where, it appears, everyone graduates with a double first in Stupidity.

Visit by a dopey tradesman

Middle class types agonise over looking down on the lower orders. All very well until someone genuinely gormless comes to fix your boiler. Then, on a freezing day, an ironic comment like ‘Think I’ll do a bit of sunbathing later!’ will be met with the frighteningly literal response, ‘No, it’s too cold, mate.’ Hopefully it’s not a big job, because the conversation won’t get better.

Certain TV shows are, shall we say, deliberately targeted at the ‘less sophisticated viewer’, such as Love Island or Mrs Brown’s Boys. You’ll unthinkingly slag them off, only for someone to say ‘I think it’s really good!’ You’ll then have to pathetically backtrack, eg. ‘I mean it’s very good as broad brush humour, it’s all subjective when you think about it…’ and so on, sounding totally spineless, which indeed you are.

Certain working class relatives have incredibly forthright views about any topic they refuse to research beyond reading tabloid headlines. So any family gathering becomes a game of ‘avoid the hot topic’, or you’ll be subjected to insightful arguments like ‘How can a man be a woman? A man’s not a woman, he’s a man.’ The only positive is that Uncle Dave will have gone strangely quiet about Brexit by now.

Netflix vs Apple TV vs Disney+ vs Amazon Prime: Why not cancel all of them? 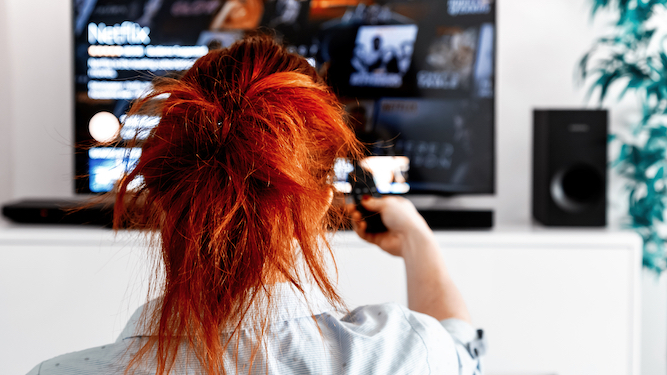 CASH-STRAPPED households are choosing which streaming service to cancel and plumping for ‘all of them’. Here’s why:

Netflix is full of shite

Once a pioneering producer of high-end content, Netflix has pivoted to crap. Every other new show on the station is shovel-in shite, while their policy of giving renowned filmmakers millions for pet projects has proved how wise studios were not to. Would you rather watch The Power of the Dog or Is It Cake? F**king neither.

Making its usual ‘we run the world already but I suppose we’ve got cash to spend’ half-hearted effort, Apple’s come up with about three shows you’ve heard of and an Oscar-winning film you’re desperate not to see. Ted Lasso’s the kind of heartwarming very-special-episode sitcom that used to be on BBC2 at 6pm.

The only streaming service that is actively making its flagship franchises – Star Wars and Marvel – drop in value. The various Star Wars series have forced viewers to conclude that more films would be a very bad idea, while Moon Knight and Hawkeye have revealed most Marvel heroes are just men with sticks. You don’t want to see Disney die. Not like this.

Remember that mate who had Sky in the 90s? You went round anticipating a new world of televisual delights, and instead found 68 channels of repeated bollocks. This is basically that without even The Simpsons.

BritBox is misplaced nostalgia as a subscription

Remember all those shows you loved, that were formative, that made you who you are? They’re all on Britbox in 4:3 ratio and they look like complete shit. With every one you watch more of your illusions are torn away. It’s like being crushed to death under an avalanche of dusty VHS tapes in the back room of an abandoned charity shop.