WHAT a blissful year it’s been, not having to hug your parents’ creepy friend Roy who seems to turn up whenever you visit. And who else?

Roy still treats you like a child and asks if you’ve got a boyfriend yet, while giving you an overlong boob-squeezingly close hug. Even when you’ve been married for a decade Roy persists and if you complain to your parents they say reading the Guardian has ruined your sense of humour.

You like your friends’ kids in theory. But after 13 months of wiping down Frosties boxes with Dettol, a ball of snot, nits and general stickiness heading in your direction triggers your flight reaction. Tell your friend you’ve developed severe germ phobia and arrive at their house in a Zorb.

Some colleagues think they’re friends, rather than people you’re contractually bound to spend time with due to the terms of your employment. Tell them that you’re paranoid about being MeTooed and have vowed never to touch a workmate again.

Hugging people you’ve only just met had become kind of a thing pre-pandemic, even though it’s legitimately uncomfortable. Hopefully that’s deader than skinny jeans and we can return to awkward little waves or, if forced, brief handshakes followed by liberal application of hand sanitiser.

Your partner’s smells very strongly of Lily of the Valley and cats, so you haven’t missed pressing your face to her dry, papery cheek. Luckily, you can legitimately claim to be worried about killing her until she actually dies, so you’re out of this one forever.

A big skinhead on E

When a big loved-up skinhead lurches towards you in the pub, determined to hug anyone who crosses his path, you won’t be getting out of it. Hope he doesn’t shatter a rib.

Weirdo girlfriend tells boyfriend when she's pissed off with him 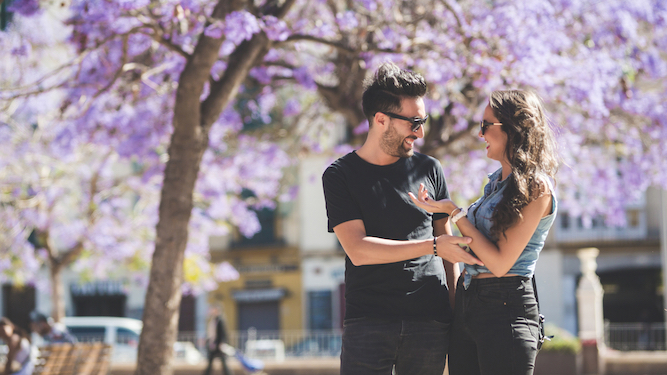 Hannah Tomlinson, aged 27, embarked on the unusual course of action when she despaired of Joshua Hudson ever working out what was wrong and experimented with telling him directly instead.

She said: “I know it’s weird, breaks the rules and is possibly dangerous but I thought if I just said when he was being a bellend he might adjust his behaviour accordingly.

“Of course normally he doesn’t get it or refuses to believe he’s wrong, but I honestly believe that results will show he’s becoming less of a twat over time.

“Who would have thought that openly displaying disappointment or anger, instead of hiding it behind a labyrinthine guessing game, would work? It’s mental.”

Joshua confirmed: “At first it seemed bizarre that Hannah was telling me when I upset her, but it’s made me realise I’ve been insensitive to her complex, ever-changing and f**king unpredictable needs.

“It’s impossible to ever please her, but now I just apologise, we move on, it’s fine. Next, we’re thinking of telling each other when we want to have sex.”