Six wankers you only meet in London

LONDON – cultural powerhouse, historic capital and magnet for wankers. Here are some pain-in-the-arse individuals who the regions can’t hope to match.

Often going by a bollocks nickname like ‘Nez’, he’s a player in the media – but can never clearly explain an actual project he’s working on. They usually have some dull celebrity connection, such as knowing Simon Mayo. It’s good that Simon is a ‘great bloke’, you just didn’t need to be told 15 times.

No one’s expected to be ecstatic about working in grimy pedestrian tunnels, but these gleeful bastards take obvious pleasure in informing you you’ve missed the last train to Edgware. You’ve got a nasty feeling that a power outage leaving hundreds of commuters stranded in the station has them scuttling to the storeroom to release some of that sexual tension.

Rich girl who does nothing

Drinking herbal tea and occasionally phoning your coke dealer sounds chilled, but any normal person would soon crave a job cleaning toilets just for some sort of purpose in life. Actually that’s unfair. Persephone/Rosamund/Cosima doesn’t do literally nothing. Sometimes she sits in her massive Georgian front room learning to play bass guitar.

It’s always an unlicensed cab. Going in the opposite direction to the sat nav is never a good sign, nor is disappearing for 10 minutes to do some errand, or running out of petrol in the middle of nowhere, making it harder to get home than when you hailed the f**king cab.

Hugo, Arabella, Eduardo et al are the bane of London pubs. They’re unbelievably posh – that spotty twat plays polo! That one’s mates with Princess Eugenie! You know this because they SHOUT ALL THE F**KING TIME. They all seem remarkably thick too, so by the time Seb starts talking about his inheritance you’re seriously considering joining Class War.

Avoid these dicks like monkeypox. They’re not dangerous, but do have a deadly array of anecdotes: the time they knocked out a police dog with a punch, the time they jumped a 20-foot wall to escape the ‘feds’. All not in any way made up. Usually to be found doing shit jobs like temp work in a warehouse, which is odd considering they’re so good at drug dealing. 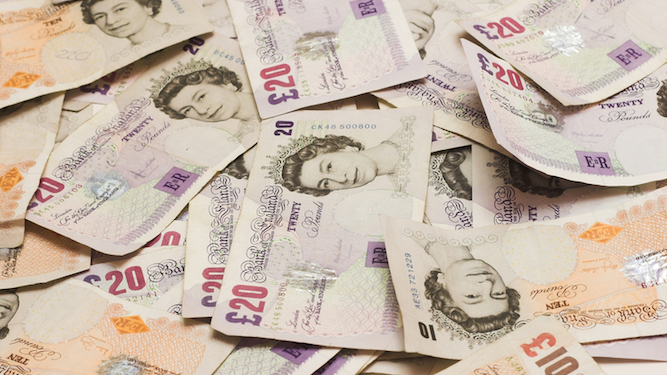 DESPITE apparently not existing, the magic money tree is set to cut UK energy bills by hundreds of pounds, it has emerged.

The sudden yield of £10 billion has come as a surprise to many because it was thought the fictional tree had been harvested to exhaustion due to the furlough scheme.

Magic money tree proprietor Rishi Sunak said: “As I went to bed last night I looked out the window and noticed there was barely a penny to be seen on its stunted, withered branches. It gave me nightmares.

“So imagine my delight when I woke up this morning and saw that its boughs were weighed down with a hefty crop of ten, 20, even 50 pound notes. I immediately ran out in my pyjamas to gather them in my picking basket.

“Now I can knock hundreds of pounds off winter energy bills, scrap that terrible £200 loan idea everyone hated, and salvage my tarnished public image. Everyone’s a winner.”

Sceptic Wayne Hayes said: “It’s not the existence of the magic money tree I have trouble believing. It’s the idea that this isn’t a distraction from the Sue Gray report which is clearly total bullshit.”