HAVE you risen from humble origins to become part of the middle class? Do you need to remind people of that at every opportunity? Here’s how:

The middle-classes steal the authenticity from everything, but they’re too terrified of failure to support a genuinely crap team. Make a show of your loyalty to Carlisle United, Coventry City or Brentford and they’ll edge away as if it’s catching.

While enjoying braised partridge with polenta at a friends, repeatedly tell everyone it’ll never live up to the mushy peas, cockles in vinegar or bacon oatcakes of your youth, while never eating that stuff and shovelling in fancy gastropub dinners two-handed.

Smoke after one drink

After no more than one pint produce a packet of cigarettes from nowhere and light up while offering them around to your horrified companions, shrugging your shoulders at any cancer risk because everyone used to smoke 40 a day and they were fine.

Be sickened at how you’re spoiling your own children

Never miss an opportunity to stress how disgusted you are with the material advantages you yourself provide to your own children. “Kills me how they’re always plugged into these iPhones. I did two paper rounds for a year to buy a ZX Spectrum. 16k.”

Read the Sun for the sport

Yes the Guardian has a sports section, but you can’t fundamentally trust the views of anyone who only discovered darts watching it ironically at university. The Sun would never say that climate change was more important than Liverpool vs Chelsea, and rightly so.

None of this ‘gîte in France’ or ‘farmhouse in Tuscany’ bollocks for your family. Try three weeks in California, a week at a private beach in Jamaica or a hot-air balloon flights over the Serengeti. And you take them in term-time. 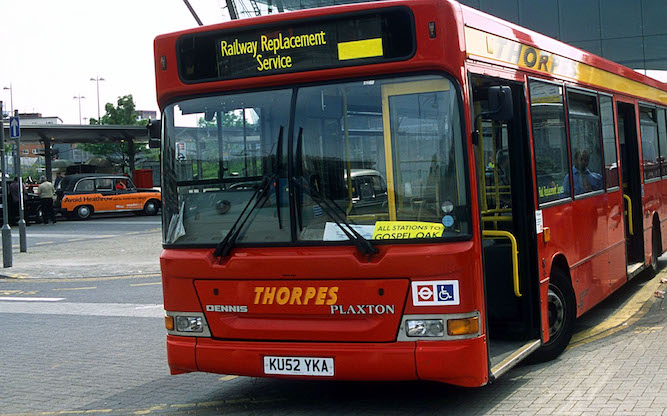 TRANSPORT chiefs have confirmed that watching pornography on the bus is unacceptable unless it is a rail replacement bus.

A department of transport spokesman said: “For example if you’ve paid through the nose for a train ticket and suddenly you find yourself disembarking at some shithole like Newark North Gate where there’s a coach idling malevolently.

“And then, while expecting to be whisked straight back onto your train, you find yourself crawling through the middle of nowhere to call in at Retford to pick up more people when they could have just put two buses on.