Size of wine glass linked to how smug you are

PEOPLE who make a point of drinking out of wine glasses the size of fish bowls are the smuggest bastards of all, it has been confirmed.

As buying fancy shit to fill their massive houses continues to be the most popular way for middle class people to prove their worth to each other, oversized wine glasses have emerged as the best method to pin point who is the biggest wanker.

Smug bastard Joanna Kramer said: “I started off with a set of bog-standard IKEA numbers that you can smash during an argument about your husband eyeing up the babysitter without worrying.

“But I realised I had to up my game when I went to a friend’s house and they had those glasses that are so wide at the bottom that it looks like they’ve only poured you a centimetre of wine when actually you’re going to be absolutely shitfaced if you drink it all.

“I got some that are so big that they’re actually really tricky to hold in one hand, which makes my guests feel uncomfortable and tense, but which no one dares to hold in two hands because they’ll look like an idiotic child.

“My dinner parties are such a lot of fun.” 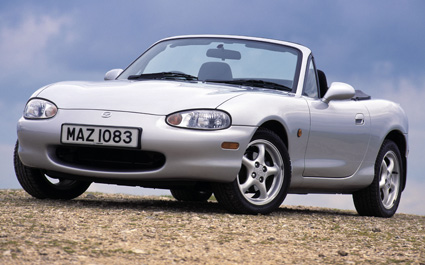 A MAN owns an extra car that he claims to drive for ‘fun’, it has emerged.

As well as a BMW and a Renault people carrier for family use, sales manager Roy Hobbs has a cheap but sporty-looking Mazda he describes as “loads of fun” for some reason.

Hobbs said: “I’ve even given her a name, ‘Mazzy the Mazda’.

“Fun cars are totally different to normal cars. One day I might drive to Leek and back just for the hell of it, the next I’ll sit in a lay-by and eat a Yorkie. With a fun car your only limit is your imagination.

“Some people probably think ‘fun’ is taking drugs or having sex but I prefer a socially acceptable, masculine activity like driving that doesn’t involve any mess or emotional interaction.

“Also there’s no point to getting drunk at a party, unlike the sense of achievement from washing and vacuuming your car every Sunday until it’s spotless.

“When I’m driving around anything could happen. I could go to Roadchef for a massive Cumberland sausage or I might have to use all my wits and cunning to bypass roadworks near Cheddleton.”