A MARCH by provocatively-dressed women has been used as a backdrop by an opportunistic deodorant film crew, it has emerged.

The Swindon ‘Slutwalk’, designed to highlight women’s right to publicly assert their sexuality, was hijacked by the team filming a television commercial for Dyer Deo, a new Danny Dyer-front deodorant brand with the strapline ‘Drives birds mental’.

Dyer Deo brand director Wayne Hayes said: “When we heard there was all these birds with their charlies out waving banners and whatnot, we were like, ‘sweet as, that’s gonna save us at least ten large on models’.

“Even if some of them are boilers, we use digital effects to make them fitter in post-production. Technology is mental these days.”

In the completed advert, Danny Dyer is fleeing the horde of scantily-clad women who are attempting to sexually ravage him after liberal applications of Dyer Deo have made him scientifically irresistible.

The star of The Football Factory is seen being chased through Swindon by the rapacious females. However there is a twist, as the actor leads them into a cattle-style pen, escaping by the seat of his Sergio Tacchini tracksuit as they are loaded into lorries marked ‘Danny’s Fanny Farm’.

Swindon Slutwalk organiser Emma Bradford said: “Many believe the word ‘slut’ to be derogatory just because it means ‘slovenly or promiscuous woman’.

“It’s fine for men to be slovenly sex pests and we are asserting our right to emulate that. 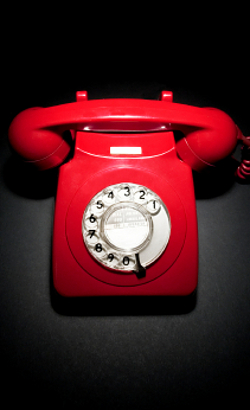 POLICE in Texas are to draw up a list of certified psychic visionaries after a supernatural tip-off turned out to be a waste of time.

Yesterday a woman claimed to have had a vision of a mass grave full of murder victims at a house near Houston, causing local police to believe her.

But, as dozens of officers swarmed the property, carrying out an inch by inch search that took more than four hours, it emerged that the psychic vision had been of very poor quality.

A spokesman for the state’s attorney general said: “It was almost as if this woman wasn’t really psychic at all.”

State authorities now want to set up a programme to vet psychics, with approved visionaries and clairvoyants being given a special bright red phone that connects directly to their local police chief.

The spokesman added: “If you are going to devote hundreds of man hours to investigating a psychic vision it needs to be a really good one.

“That means we can’t give a red phone to someone just because they had a particularly vivid dream. I imagine they will have to have their own crystal ball or recently used tea cup.”

The woman who made the claim could now be charged under Texas law with making a negligent supernatural report.

“I wouldn’t be surprised if somewhere in the world there is an undiscovered mass grave full of murder victims. I’ll bet you she was only out by a couple of thousand miles.”