'So much for the Great British Summer!' say dreadful twats

THE normalisation of the weather has caused an upsurge in verbal twattery, experts have warned.

Professor Henry Brubaker, from the Institute for Studies, said: “With the heatwave long gone, across the country, massive twats are tutting whilst making jokes about how changeable the weather is.

“Ignore them. Or lock them in a cupboard.”

Helen Archer, who works with one of the twats, said: “It’s as if they’ve just come up with this spectacularly banal observation themselves.

“Like it was the most original and funny thing they’ve ever thought of, which unfortunately might be true.”

Prof Brubaker warned that the twats are also prone to saying things like ‘Cheer up, might never happen’, ‘Exsqueeze me’ and ‘Wagwan’. 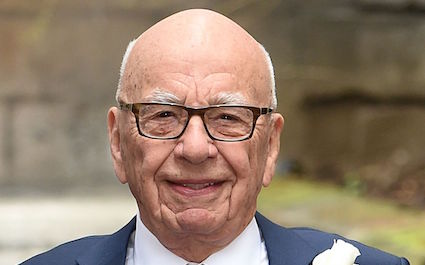 RUPERT Murdoch should be given the BBC to do whatever he wants with it, Ofcom has ruled.

The regulatory authority was asked to rule on News Corp’s Sky TV takeover bid, but instead has decided to give the 86-year-old what he really wants in gratitude for his service to Britain.

An Ofcom spokesman said: “Nobody wants Sky. It’s shit, and hasn’t had a decent original programme since Dream Team.

“I know that, the people of Britain know that, and I think after all his years in charge of our country – while, of course, never being a citizen – Mr Murdoch knows it best of all.

“So we have decided, unaminously, to recommend that this fine man is awarded the prize he has really been chasing all these years, and I’m glad to say the government agrees with us completely.

“You’ve seen what he’s managed to achieve with Fox News over in America. Imagine what he can do with a broadcaster people really trust.”

Murdoch said: “And just when I was beginning to fear you’d stopped listening to me. This is marvellous news.”