SOCIAL media has been blamed for strange behavioural tics in teenagers. Here’s why you were fortunate to avoid today’s social advances while growing up in the 80s.

You got bullied enough anyway

School provided ample opportunities for every type of bullying from throwing your bag into someone’s garden to mild beatings. Nowadays you can get home for more bullying on Facebook – except much worse things like being told to kill yourself, which makes smashing your protractor set into tiny pieces look like a kind and generous gesture by 80s bullies.

The modern pupil augments their studies with the wonderful learning resource that is the internet. They don’t, of course, and just cut and paste stuff that’s obviously cribbed or wrong. You’d have done exactly the same, emerging from years of schooling without remembering any facts whatsoever, not even utterly useless information about motte-and-bailey castles.

School councils and other earnest wankery

Children are self-important little tossers anyway, so you shouldn’t be giving them a formal way to drone on about school life. Like work, it’s fundamentally dull and tinkering around the edges won’t change that. And they’ll soon learn that pushy twats get an ego boost from taking charge of boring admin the second they start work.

A huge investment of – basically – wasted time, but also another bullying opportunity. 80s kids were obsessed with calling each other ‘benders’, and repeating it at least 20 times just made this Wildean witticism more hilarious. Today’s kids can enjoy this too with hours of being called a ‘faggot’ by shrieking idiots on Call of Duty. You’d welcome graphic discussions of your mum’s sexual perversions just for some bloody variety.

An 80s childhood was already full of grim experiences, from mumps to watching Threads. The last thing you’d have needed was having more joy sucked out of it by an earnest parent sending you to school with carrot dips and hummus instead of a bag of sodium-laden Space Raiders and a unfeasibly large Mars bar that was 97 per cent sugar.

Or rather hysteria about them. A serious issue, but too many immature adults have got carried away with the drama of protecting their ‘little ones’ from perverts lurking in every changing room. In the 80s you were free to worry about innocent things, like whether the disfigured, child-slaying ghost of a mass murderer lived in the school boiler house as your mate Colin claimed.

North to be given pie instead 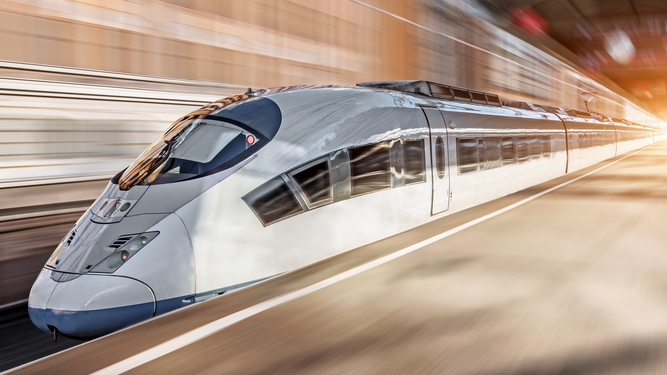 THE North has seen all plans for upgrades for rail travel scrapped but is instead to be given a lovely hot meat pie.

The government has cancelled the Leeds leg of the East-Midlands HS2 rail link and transferred all Northern Powerhouse rail funding to London which needs it more, but has pledged up to £35 for a pie with a golden, flaky crust.

Transport minister Grant Shapps said: “We’re not talking about some fancy Southern pie with herbs and nonsense in it. Just a good, old-fashioned tasty pie.

“And that’s not all. There’s a lovely jug of gravy to go with it, and proper chips fried in lard, and mushy peas. Because we know what you want.

“Who wants to get the train south, anyway? There’s nothing down there for honest, straight-talking folk, just poofs who wear coats in winter. And Lord knows it wouldn’t get any use coming the other way.

“A train link by 2040? Northerners haven’t got the life expectancy for that. Why fuss over nothing when this pie’s sitting here waiting for you after your long day down the cotton mills? And it’s all on the Tories. You like us now.”

Bill McKay of Bolton said: “I knew a man went to London. The trains were packed, cost a fortune and every bugger on them was listening to podcasts. You know where you are with a pie.”