SPELLING words correctly no longer matters to anyone, it has emerged.

After years of abuse the English language has finally given up and allowed anyone to use any halfwitted spelling they like.

Oxford English Dictionary editor Denys Finch Hatton said: “‘Independant’, ‘loose’ meaning ‘lose’ and ‘pacific’ for ‘specific’. The barbarians are through the gates and spelling is over.

“A population that uses ‘hun’ and ‘bae’ to save their texting thumbs simply isn’t capable of understanding diphthongs.

“Most people seem quite happy just guessing how words are spelt, so logophiles like myself will just have to learn to live with seeing ‘rogue’ spelled ‘rouge’ and ‘necessary’ as ‘nessicery’ or some other fucking abomination.”

Office worker Tom Logan said: “Language is constantly evolving so there is no such thing as correct spelling, which I point out whenever someone questions the illiterate garbage I write. 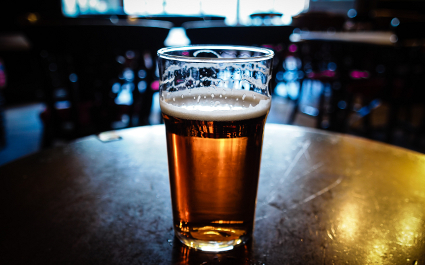 THE Mermaid’s Head, a no-frills Wearside boozer that specialises in delivering a proper hiding, has been named the nation’s best fighting pub by the Guardian.

The pub, in the fashionably edgy Marley Potts district, was chosen from over 500 of the roughest hostelries in the UK.

It was praised for its atmosphere of funky, seventies-style hostility, perfectly executed headlocks and an authentically grim car park, ideal for five-a-side brawling.

Guardian food writer Julian Cook said: “Gastropubs with their tedious micro-breweries and tiresomely eclectic menus have become as predictable as visiting a Harvester.

“We were searching for a British institution, the kind of pub where the locals have complicated relationships of aggression with each other but will nonetheless come together to fuck up a complete stranger.

“The Mermaid has everything – from the barking pitbulls on the flat roof to entering the toilet and waking up in A&E six days later.”