OVER-INDULGED infants will grow up to employ you, it has been claimed.

The Institute for Studies found that not being told off for hurling Tonka toys at other kids’ heads was the ideal preparation for running a modern workplace.

Professor Henry Brubaker said: When your boss makes unreasonable demands, what you are really seeing is an unpleasant five year-old threatening to piss themselves in Tesco if they dont get a bag of Haribo.

Spoiled children never learn what is acceptable behavior, and consequently grow up thinking it’s fine to rant like an unmedicated psychotic because the store cupboard is out of their favourite colour of highlighter pen.

“They also have an incredible, completely irrational belief in their own amazingness, which impresses shareholders.

Unfortunately this characteristic also makes them hopeless at business. If more parents said no to their children wed probably still have an economy.”

Office worker Donna Sheridan said: My boss always demands first go on the photocopier and if anyone else tries to use it he’ll spit on them.

Once he gave me a dead arm for having a better packed lunch and refusing to swap. 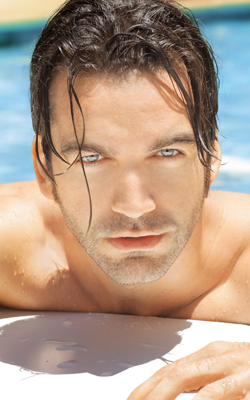 A 24-YEAR-OLD swimwear model called Cassius has emerged as favourite for the Papacy.

Rather than limit itself to a pool of grizzled cardinals, the Vatican is recruiting via networking websites like Man2Man.

Using the login Ecu-MEN-ical, it posted: “Are U a religious guy lookin 4 a fun role? Defined body type and basic Bible knowledge required.”

The toned young man, whose main interests are working out and fun, has since impressed cardinals with his physique and laid-back attitude.

A Vatican spokesman said: “Cassius has great charisma and is used to being on podiums, although mainly in the context of dancing to hard house with his shirt off.

“Often he parties all weekend, which is great training because a Pope needs stamina. He prefers men-only venues so he isn’t tempted by females.

“He’s also introduced us to poppers which are like a fun type of incense.”

The last good-looking Pope was St Sixtus II, who is described in an ancient deuterocanonical text as ‘pretty ripped with great arm definition’.