Stakes rising for woman with table seat on train

A WOMAN with an entire table to herself on a train is getting steadily more anxious as passengers file past her.

Carolyn Ryan admitted that with every passenger who passes her by her hopes rise further even though she knows she should not allow herself to believe.

She said: “What began as a fantasy is so close to being a reality that it’s impossible to think about anything else.

“But the closer I get to the unprecedented luxury of stretching out in four seats with a table to myself, the more crushing it‘ll be if it’s taken from me.

“There’s a minute until departure. My heart’s racing, I’m sweating and I can’t even bear to look up. I feel their shadows pass over me as time after time I’m miraculously spared. Could it really happen?”

Passenger Wayne Hayes said: “I’m planning to wait until the train actually sets off, then stride up and ask if the seat opposite’s taken, even though it obviously isn’t.

“Then I’ll get my massive laptop out and watch a film on full volume while enjoying my tuna fish sandwich. Mmmm.” 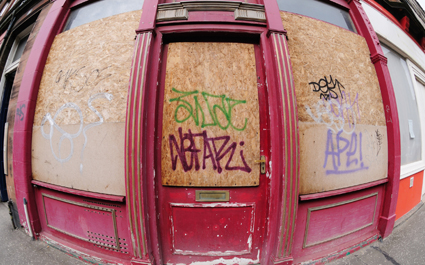 CHILDREN can construct their own boarded-up UK towns using a new range of themed Lego.

Lego has increased the number of pissed off-looking characters as part of its move towards gritty social realism.

A spokesman said: “Young minds can immerse themselves in the bleak world of no-deal Brexit Britain.

“Maybe they can come up with a way to make this whole mess work.”