EXPERTS are urging Britons to start preparing their Christmas arguments no later than 5pm today.

Planning the perfect 12 hours of drink-fuelled profanity is often left until the last-minute, leading to unsatisfying, snippy arguments and staring out the window.

Wayne Hayes, a bubbling pot of grudge from Carlisle said: “I’ve spent all year basting a big fat row with my brother over a pass he made at an old girlfriend in 1998.

“Every three weeks I bring  the subject up only to drop it again, so by mid afternoon on Christmas Day it should be cooked right the way through.”

And Iceland’s cook-from-frozen range includes You’ve Always Been An Arsehole and Who’s Eaten All The Caramels?

The tradition of opening old wounds on Christmas Day dates back to 1844 when Prince Albert goaded erstwhile love rival Prince Alexander of the Netherlands with an impersonation of Queen Victoria’s sex noises.

Hayes added: “I can’t wait until the lights are twinkling on the tree and the kids are asking their mum why I’m forcing uncle Frank’s head into the downstairs loo.

“God bless us, every one, except my monumental arse of a sister-in-law.” 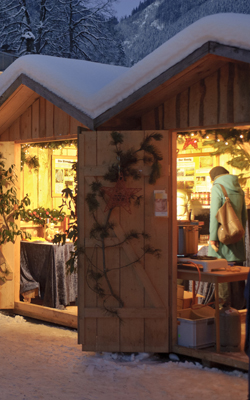 THE success of Bavarian-style Christmas markets is due to a phenomenon that makes crud desirable when placed in a rustic-looking shed.

Psychologist Tom Booker has been investigating the ‘shed effect’ since he visited a Christmas market last year and inexplicably purchased some salad tongs made from old sticks.

Booker experimented by placing worthless items inside a shed, at which point they seemed to magically acquire value.

The crud became more desirable still as the shed was decorated with fairy-lights and fake snow.

Booker explained: The turning point came when I put a urinal cube in the shed, and my assistant offered me £30 for it.  It defied any rational explanation.

He believes the effect may also explain the popularity of mulled wine: Why else would you voluntarily drink what is basically a scalding hot Glade Plug-In?

Meanwhile, sheds have been vanishing from gardens all over the country as unscrupulous traders cash in on the effect.

Roy Hobbs from Croydon tracked down his stolen shed to a Christmas Fair on Londons South Bank:  I went down there to ask for it back, but ended up buying a novelty clock for my wife and some toys made of wood for the kids.

The worst part is, without my shed Ive got nowhere to hide from them.