Stealing a glass from a pub, and other shit ways to 'stick it to the man'

LIFE can make you feel powerless, so sometimes it’s nice to offer up a tiny act of rebellion. Here are five incredibly lame ones…

Stealing a glass from a pub

Looking for a frisson of danger? Why not steal a nice glass from a pub while pissed? Except absolutely no one cares. If you asked the barman, they’d probably give you one free. Honestly, the duty manager dropped a full case of those novelty pint glasses this afternoon. You sad act.

Shouting at someone in a call centre

Trouble with your tumble dryer? Then why not completely fly off the handle with the lady from Curry’s customer service? Because nothing sticks it to a multinational company more than giving one of their 11,000 employees a hard time. For an added thrill, ask to speak to their supervisor and give them both barrels too. Even though they’re only on three quid more an hour and also couldn’t give a f**k.

If ever there was a doomed attempt to ‘fight for the little man’ it’s contesting the fact you were over the white line. But it’s hardly 12 Angry Men. Just suck it up, send the £60 direct debit and learn how to park your Nissan Qashqai straight.

Paying your tax on July 31st

By leaving it late – but crucially, still ON TIME – you’re sending a clear message: I AM going to play by your rules. But I’m going to play them so cool I’m basically Fonzie.

A student rite of passage. At the very best, your actions will slightly inconvenience a road worker the next day. Not the kind of anarchy in the UK The Sex Pistols were singing about, and the cone will then live on in your student digs for a year as a constant reminder of your unoriginality. 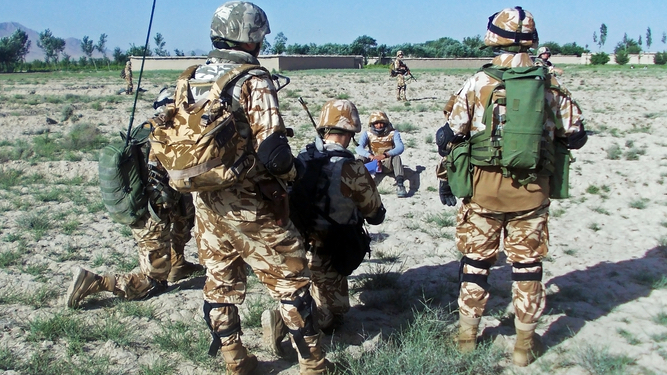 THE UK has agreed that Afghanistan’s ingratitude for the last 20 years of military occupation is frankly quite hurtful.

As the Taliban retake the country as if the last two decades never happened, Britons are disappointed at receiving little or no praise for invading and installing an unpopular new government.

“When we first came in 2001, I remember a Russian general told me ‘Don’t waste your time mate. We were in nine years and never got a word of thanks.’ But I didn’t listen. I thought ‘It’ll be different with us.’

“And I knew there were always going to be a few griping malcontents who didn’t want us there, planting IEDs and so on, but I honestly believed that this time we’d created a thriving Western liberal democracy.”

“If someone invaded my country, overthrew its leaders, set up a new regime aligned to its interests and drone-bombed my wedding I like to think I’d be polite enough to say ‘thank you’.”