Still not okay to attack banks who steal your house

IT is still not acceptable to use force against a bank that steals your entire house, ministers have confirmed.

As the government gave the go-ahead for the murder of thousands of under-educated men across Britain, justice secretary Chris Grayling stressed that you could only attack the person who is blatantly stealing from you if he is actually on your property.

Meanwhile, Mr Grayling confirmed the institutions that steal from you for precisely the same reasons as a burglar, will continue to enjoy the full backing of the law.

Sociologist Julian Cook said: “Like burglars, banks are lazy, selfish pricks who don’t want to work for a living. And like burglars, they would, given the opportunity, ejaculate into your wife’s underwear drawer and take a massive shit in the middle of your living room floor.

“And yet it is not okay to attack it with a baseball bat.”

Tom Logan, from Hatfield, said: “Last week I confronted a burglar and shot him in the leg. While we were waiting for the ambulance he explained that he was stealing from me because he had lost his job after the bank refused to give his employer a loan.

“And then I explained to him that I was going to have to sell all the stuff that he was trying to steal so that I could pay the mortgage.

“We both felt so stupid.”

Alcohol ‘makes you better at everything’ 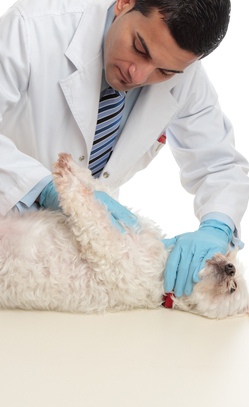 CONSUMING large amounts of alcohol makes humans better at everything they try to do, scientists have discovered.

Researchers at the Institute for Studies subjected themselves to a daily regime of heavy drinking, stopping only for cognitive tests and toilet breaks, while a control group was given Diet Fanta.

The results showed that alcohol improved the ability to perform a wide range of tasks including surgery, cooking, playing sports, accountancy and being a research scientist.

Professor Henry Brubaker said: Traditionally, alcohol was believed to improve ability at a limited range of tasks, such as driving, approaching women in pubs and making amazingly large fry-ups at 3am.

“But we found that after six pints of cider we were able to remove each other’s kidneys and put them back, before designing and constructing a small, eco-efficient housing estate.

“Also, we were able to have sex for hours without ejaculating.

“Meanwhile, we quickly realised that the Fanta drinkers were just a bunch of arseholes.”

Brubaker believes the research could change Britain’s previously ambivalent attitude to alcohol and could even lead to drinking being made compulsory in schools, hospitals and petrol stations.