Stop Serving Food That Looks Like A Vagina, Say Customers

RESTAURANTS across Britain are being urged to stop serving food that looks like a lady’s fandango.

According to consumer watchdogs sushi bars are the worst culprits, followed closely by pizza restaurants that sell disgustingly explicit, half-open ‘calzone’ pizza wraps, and steak houses where the layout of the surf ‘n turf leaves little to the imagination.

Tom Logan, a food eater from Stevenage, said: “I go to our local sushi restaurant regularly and I’ve ordered the beef tataki dozens of times, but I’d never seen it arranged like this.

“The chef had placed two large slices of rare steak up against each other and had stuck the decorative king-prawn at the top, poking out from in between them. It looked like some sort of fried clitoris with eyes.”

He added: “I was eating with my wife and her elderly grandfather at the time, and he kept dropping the prawn in between the slices of meat. Watching him repeatedly try and fish it out with the little chopsticks made me physically retch at the table. I honestly didn’t know where to look.”

Bill McKay, from Doncaster, said: “It was the first date for Sue and I. We’d only spoken on Ebay a couple of times after the guinea-pig I sold her died in the post.

“I tried to play it safe and order the pan-fried chicken quim with a tomato and clam sauce. But when it turned up it was absolutely outrageous. There was no place I could really start cutting into it that wouldn’t have made me look like a total psychopath.”

However, restaurant owners insist consumer demand for snatch-like food has increased thanks to popular TV cookery shows such as Delia Smith’s How To Make Food Look More Like a Fanny. 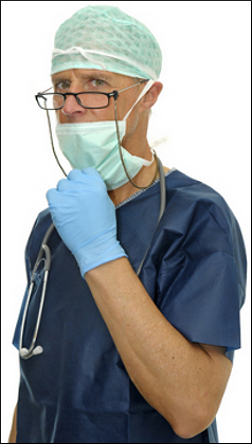 LABOUR unveiled its manifesto today with a bold pledge to do something really complicated and confusing with the education system.

Labour leader Gordon Brown said parents would no longer have to put up with their child being stupid and lazy and that failing schools could be taken over by NHS trusts or possibly the local fire brigade, especially if they are not on fire.

Mr Brown said: "If a school is found to be producing stupid children we will begin a process whereby the parents can claim special points using their Nectar cards.

"When they reach 1000 points they will have the right to exchange them for a new chief constable, an old-fashioned matron or, if the school is on fire, they can use them to rent a bucket."

Under Labour's plans schools will become not-for-profit accident and emergency departments, hospitals will be granted academy status and all complaints against the police will be made into an elaborate quilt which must then be hung over the door of the local library.

"And if you can't you should be able to vote that doctor out at a by-election organised by a faith-based mountain rescue service."

He added: "Every citizen will have a guaranteed legal right to the highest quality public services. Of course no-one knows how that can possibly be enforced, but that's what makes it all so exciting."

The manifesto also includes a pledge to restrict VAT increases to things you actually need and a promise to force English people to speak English.