Stranded Tourists To Be Fired From A Cannon

THOUSANDS of British tourists stranded in Calais will begin their journey home today by climbing into the end of a giant cannon pointed roughly at Kent.

As the Icelandic volcano attack entered its fifth day, the government said long-range artillery was now the best option for getting people back to the UK as all the boats had been reserved for trade unionists, Guardian readers and friends of JK Rowling.

Lord Mandelson, secretary of state for whatever the fuck he wants, added: "Only the 14 richest people in Europe can now afford to travel by Eurostar, while Dan Snow and his rag-tag armada of inflatable dinghies have almost certainly been eaten by whales."

This morning British embassy staff are setting up a deli counter ticket dispenser at Cap Gris Nez near the French port and asking tourists to form an orderly queue.

When their number is called, each 'passenger' will be given a bicycle helmet, a banana and magazine to read during their flight before being fired from the cannon at just under 78mph.

They will then soar across the English channel, at least 20ft below the deadly ash cloud, before hopefully landing in a large inflatable mattress that has been set up in the car park of the Folkestone branch of Sainsbury's in Bouverie Road West.

After returning the magazine and the helmet they can walk to the local station and take their chances with the UK rail network.

Tom Logan, his wife Helen and two of their three children will be fired as a group at 10.30am.

He said: "Apparently the cannon can only take four at a time, so we've had to leave one behind. We went for the ginger one. I'd imagine the French will probably just eat him."

British Airways will today carry out a series of test flights in a bid to calculate exactly how much it will cost them when planes start dropping out of the sky, while Ryanair has cancelled all of its flights until Wednesday, though aviation experts stressed this is probably nothing more than an elaborate tax dodge.

Meanwhile the quiet, clear blue skies above the UK have prompted speculation over what the world would be like without contraptions.

Professor Henry Brubaker, of the Institute for Studies, said: "According to my computer, it would take ages to get to Australia, but, by the same token, it would also take an awfully long time for Australians to get here. Which would, of course, be excellent." 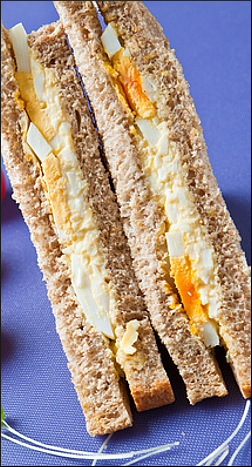 MILLIONS of people across Britain are today beginning the process of incorporating volcanoes into their everyday lives.

As air passengers were grounded for the second day in a row and Scotland was covered with a fine coating of instantly lethal dust, experts said that volcanoes were here to stay and would now have to be factored into all our daily decision making processes.

Dr Tom Logan, of the Institute for Studies, said: "Since seven o'clock this morning, Britain is now, essentially, a volcano based society.

"This means British citizens will have to adapt to the knock-on effects of constant volcanic activity for the frst time time since somewhere around the 285th millennium BC.

"Nevertheless, we can learn a lot from our pre-historic ancestors when in comes to volcano coping, such as the best way to live without crops and how to fight off carnivorous mega-beasts when you're suffering from chronic asthma.

"And of course, from now on, when you pop into a sandwich shop you will have to ask how much volcano is in the egg mayonnaise."

Joanna Kramer, from Darlington, said: "There will be obvious things like checking the level of dangerous silicates in the atmosphere before arranging a barbecue or a picnic.

"But it's also the little things you have to adapt to, such as not being able to drink tap water or making a list of all the dead people in your street."

Roy Hobbs, from Finsbury Park, said: "If a mate phones up and asks you out for a pint then you do tend to check for potential volcano-related impacts, but it's almost second nature now.

"And I'm pleased to say that after two days I still haven't drowned in my own blood. I suppose you just get on with it, don't you?"