PLACES that sell ‘street food’ do not have ‘street prices’, it has been confirmed.

The Institute for Studies found that while places selling ‘street food’ are absurdly expensive, pubs that claim to be selling ‘World Class Grub’ are actually very cheap.

Professor Henry Brubaker said: “You’d think it would be the other way round.”

Nikki Hollis, who runs an Indian street food ‘pop-up’ in London, said: “The food we sell is exactly like the food you might buy on the streets of Delhi.

“Obviously there it would cost you pennies but here it costs much, much more. You’re paying the extra to be able to say you’re eating ‘street food’.”

She added: “Idiots think that’s cool. And they have money. It’s just fantastic.” 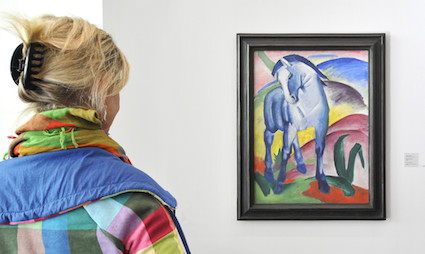 A WOMAN at an art exhibition admitted she does not know how long to stand in front of each picture and is having to guess.

She said: “I mean I’ve seen it pretty much straight away. That’s the thing with eyes. They’re pretty quick.

She added: “I realised I was subconsciously looking at the bigger pictures for longer and I’m pretty sure that’s not how art works.”

Ryan’s friend Susan Traherne said: “That’s why I always get an audioguide. It blithers on about expressionist brushstrokes or some shit, but it tells you exactly when to move on.”