Student debt to be reclaimed in Betty Blue posters

GRADUATES with loan debts will be forced to hand over their Betty Blue posters and other student ephemera.

Former students owing an estimated £5bn must return bootleg A2 posters of Beatrice Dalle and any other pop culture trinkets they have to show for their degree course.

A treasury spokesman said: “The average Betty Blue poster retails at £4.99. Secondhand value is an estimated 50p, but if you multiply that by the number of students that’s maybe half a billion.”

Other posters including Absinthe lady, illustrated Plato quotes and Audrey Hepburn on a Vespa could also be requisitioned.

Graduate Tom Logan said: “These posters are like family to me. I’ve laughed and cried with them. Mainly cried.

“Without them I will have gained absolutely nothing from my time at university except compromised liver function.” 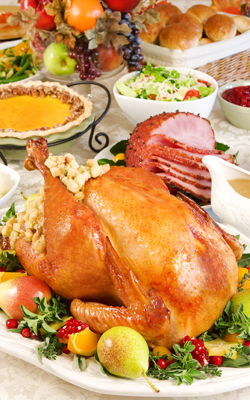 SPECIAL Thanksgiving episodes of sitcoms which will confuse British audiences in six months’ time are now being shown in America.

The episodes, which will include references to cornucopias and pilgrims that we just don’t get, are due to be broadcast in the UK next April, four weeks before May’s Christmas episode.

Joanna Kramer of Warrington said: “I get that everyone flies home for a big turkey dinner with their parents, and apparently there’s a parade. Okay.

“But this one Everybody Loves Raymond I saw seemed to imply that it’s all about thanking Native Americans for sharing their country.

“But surely you killed them all?

“Whatever next? Thanking the slaves for their kind help picking the cotton?”

The Thanksgiving episodes will compound their incomprehensibility by going on about American football, the only sport so boring they stick dancing girls on the side to stop viewers changing channel.

American Tom Logan said: “Thanksgiving? Everyone gets together with their families, eats dry turkey, nurses silent resentments and tells dad actually that is racist and has been for 20 years.

“Essentially it’s just like your Christmas. But without presents.”